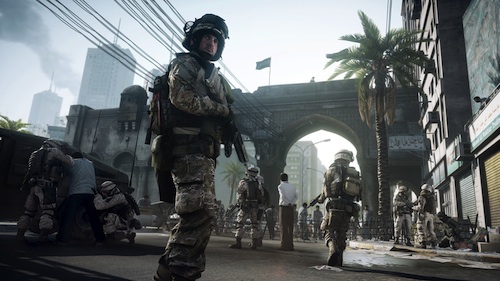 DICE have revealed that some Frostbite engine-powered PC games will require a 64-bit operating system in 2013.

Whilst 64-bit operating systems have been around since 2003, over half of PC users still don’t own one, even if they do have a 64-bit processor.

This news comes from Johan Andersson, Rendering Architect at DICE. He announced on twitter that “We’ll have Frostbite-powered games in 2013 that will _require_ a 64-bit OS. If you are on 32-bit, great opportunity to upgrade to Windows 8”.

Andersson’s comments have more than a hint of product placement about them, especially considering that both Vista and Windows 7 already support 64 bit and can be purchased for a fraction of the cost of a brand new OS.

We can only speculate as to which DICE games may require 64-bit, but we can hazard a guess at this potentially referring to Bad Company 3, Mirror’s Edge 2 or Battlefield 4, all of which have been hinted at in recent weeks.