Posted By Shubhankar Parijat | On 29th, May. 2019 Under Article, Interviews

Frostpunk came out of nowhere in 2018, but immediately upon launch, it endeared itself to hundreds of thousands (and soon, millions). It was one of the best PC releases of the year- and really, definitely one of the best across all platforms as well. Recently, developers 11 bit Studios announced that the game will be coming to the PS4 and the Xbox One as well- and that’s got us very excited. We can’t wait to experience the excellent city builder-slash-survival title on consoles, while we’re also curious to see how the developers change and balance the game to make it work on a gamepad. Recently, we sent across some of our questions about all these things to the developers- the following questions were answered by Konrad Adamczewski (PR Specialist) and Jakub Stokalski (Senior Lead Designer on Frostpunk). 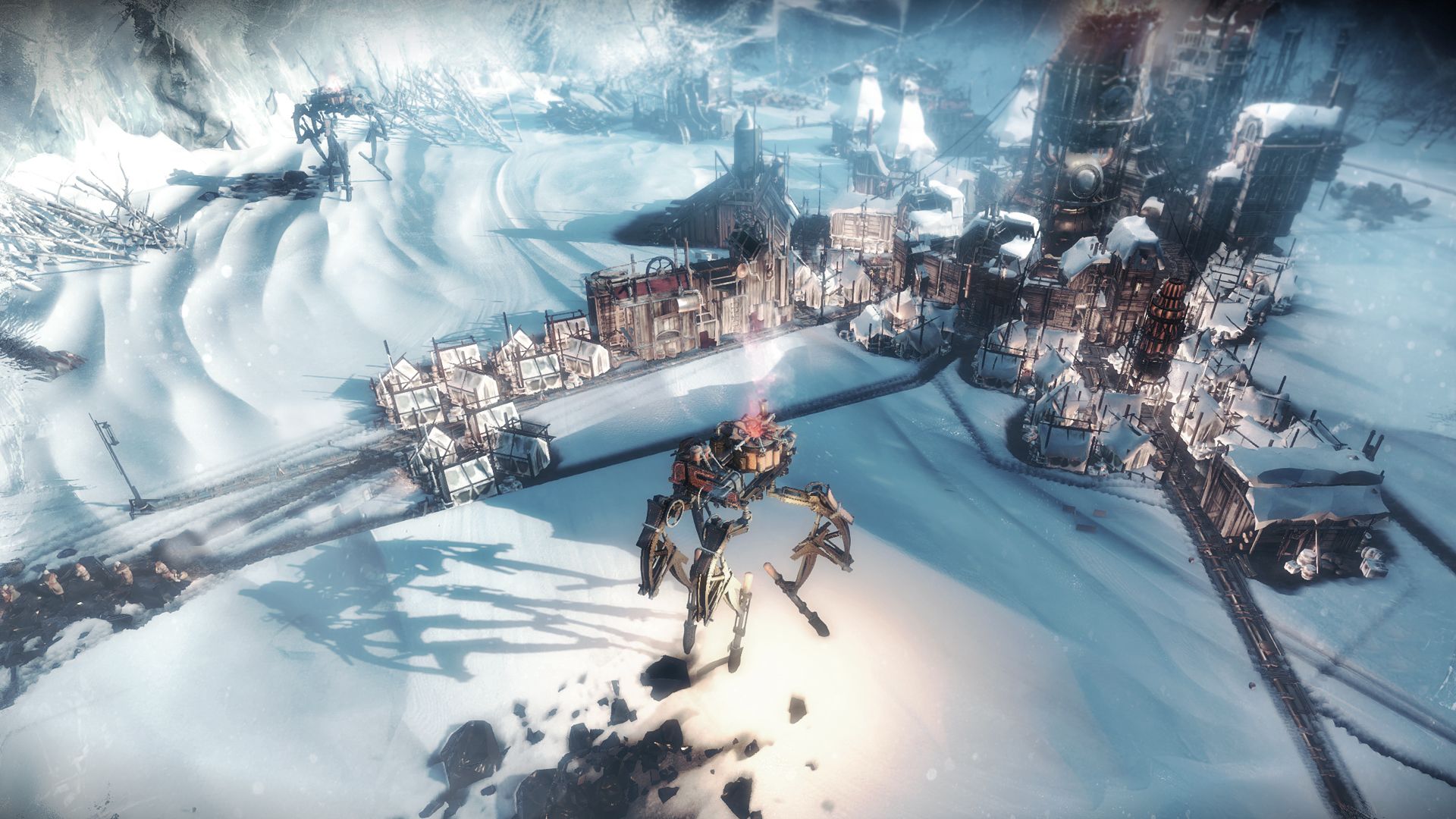 "Despite Frostpunk’s post-apocalyptic frozen setting, it really warms our hearts to see how much people love the game."

Frostpunk’s bold blend of city building and survival has been received very well since launch, both critically and commercially, in spite of the fact that it tries to do something we don’t usually see a lot of- how heartening has it been to see your efforts bearing fruit like this?

Konrad Adamczewski: Despite Frostpunk’s post-apocalyptic frozen setting, it really warms our hearts to see how much people love the game. Its success was very important because after This War of Mine we were in front of an enormous challenge to not end our run as one-hit wonder studio. We didn’t want to just feed on our own success and recycle the same ideas, but we did want to stay true to our desire to create meaningful games. Frostpunk had to be thought-provoking like This War of Mine, but at the same time had to take on different problems and topics. We feel we managed to do that and achieved success – both from the commercial and creative perspectives – so we’re proud of it.

Was it always the plan to eventually bring Frostpunk over to consoles, or was it something you assessed and decided on post-launch?

Konrad Adamczewski: This War of Mine made the transition from PC to consoles, so it’s not unexpected that we’re doing the same with Frostpunk too. Being on all major platforms was always a goal, so we’re really excited about the next step which is simultaneous releases. Our next publishing title – Children of Morta, will be our first to launch on all consoles and PC on the same day.

Will the console version of Frostpunk include any extra content or features that we haven’t seen in the game till now? And going forward with new content, can we expect all versions to receive any new content simultaneously?

Konrad Adamczewski: All of the additional Frostpunk content that was released before the console launch will also be available on the new platforms. That means PlayStation 4 and Xbox One players can hop straight into Endless Mode or the additional story in The Fall of Winterhome. Future updates will land on all platforms.

"Some minor tweaks to various elements — which panels pause the game and which don’t, for instance — had to be done to maintain coherence and keep the pacing of the game. But it’s very much still the same challenging Frostpunk experience of the original game."

You’ve mentioned that you plan on making balancing changes to Frostpunk to make it better suited as a console experience- can you go into a little bit of detail about what those changes will entail?

In its transition from PC to consoles, how important has it been to retain the essence of what has endeared the game to so many since last year? Or have you instead opted for a different, more accessible experience for consoles?

Jakub Stokalski: We needed to be sure that the experience of playing Frostpunk on consoles was perfect. Our aim was to retain the delicate balance of the city-building and survival society building experience that makes Frostpunk what it is.

At first, we were thinking that we may need to make changes in people’s behaviors, for example, but in the end, no corners were cut for consoles. Some minor tweaks to various elements — which panels pause the game and which don’t, for instance — had to be done to maintain coherence and keep the pacing of the game. But it’s very much still the same challenging Frostpunk experience of the original game.

Konrad Adamczewski: Also, we’re very proud of how we adapted Frostpunk’s control scheme to controllers. We’ve got new and easy to use choice-wheels with options, bumpers to navigate through the menus, and upscaled icons. All the changes saw a very positive reception in internal tests.

We truly feel that there is still untapped potential for strategy games on consoles, but they should be made with a console-first philosophy in mind and tailored for those platforms. Frostpunk was re-designed to deliver the best possible experience on consoles and we firmly believe it will become, at least for some time, a benchmark for the genre on PlayStation 4 and Xbox One. Not only in terms of intuitive controls but also overall quality.

You’ve been supporting Frostpunk excellently since launch, with things such as the Endless Mode and the recent Photo Mode, and of course the larger content updates- do you have any other plans for the immediate future?

Konrad Adamczewski: The lifecycle of our games doesn’t end after the launch. We aim to sustain interest long after hitting the shelves. Frostpunk received Endless Mode and the story-driven expansion The Fall of Winterhome because in our philosophy free updates don’t have to be insignificant. On top of that, we respect our community — which has grown by three times since the game’s launch — and those are people who bought the game already. They’ve already put their faith in us by purchasing in the first place, and we really don’t want them to pay for everything. On the other hand, sometimes we do things that truly broaden the experience and we believe that the upcoming DLC will do exactly that. So, in that case, we think gamers will feel the cost is justified.

Do you have any plans to bring Frostpunk to the Switch?

Jakub Stokalski: For now, we’re focused on delivering the best possible game to PlayStation 4 and Xbox One owners, so we’re not working on a Frostpunk port for the Switch. 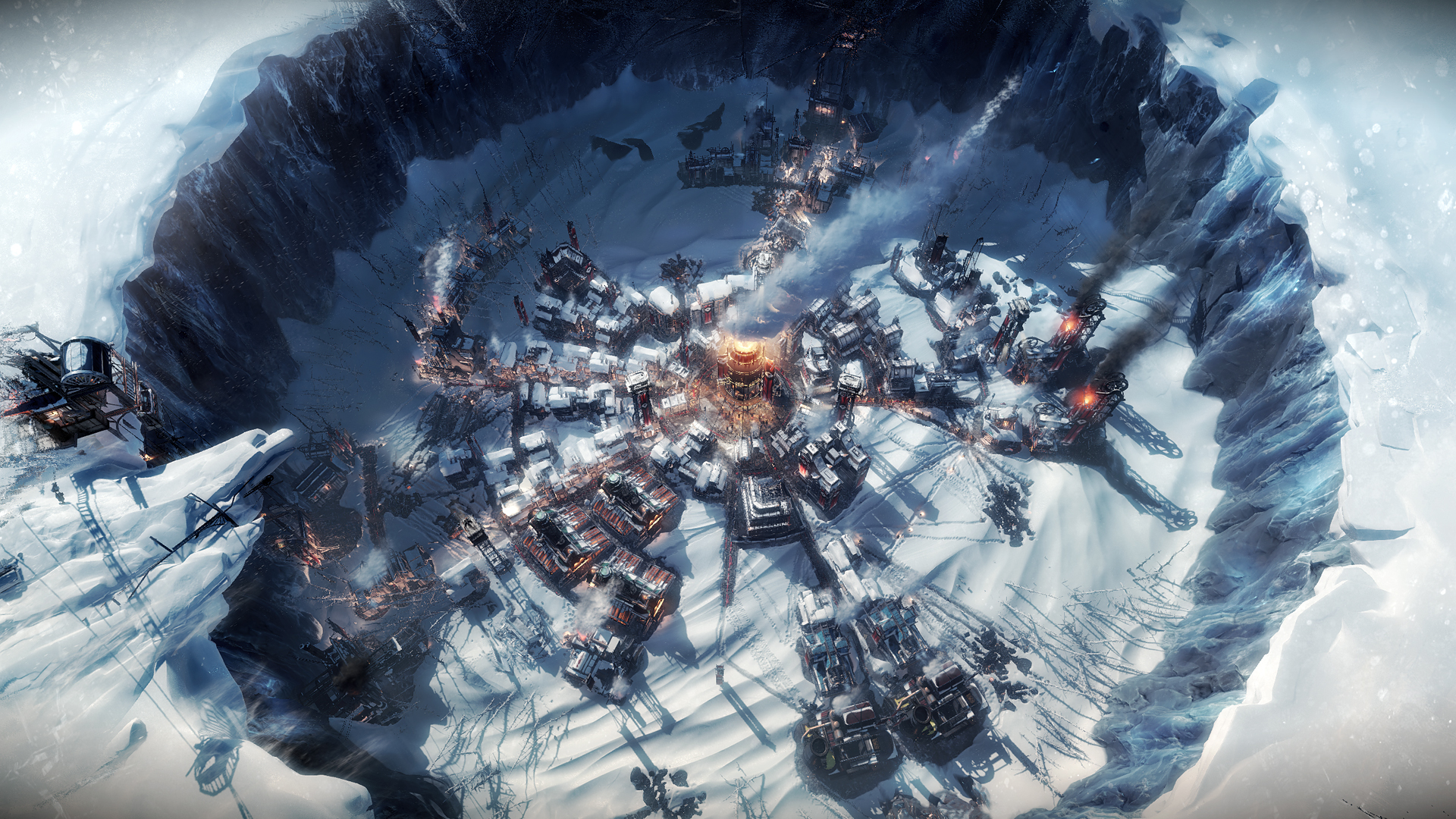 "The game will look and work better on both PlayStation 4 Pro and Xbox One X. It’s still too early, since the conversion is still in development, to discuss all the details though. We’re working hard to ensure the best possible quality both on standard consoles and the enhanced ones."

Will the game will feature Xbox One X and PS4 Pro specific enhancements?  What can players expect if they are playing the game on those systems? Is 4K/60fps on the cards? And how is the game running on the original Xbox One and PS4, frame rate and resolution wise?

Jakub Stokalski: Yes, the game will look and work better on both PlayStation 4 Pro and Xbox One X. It’s still too early, since the conversion is still in development, to discuss all the details though. We’re working hard to ensure the best possible quality both on standard consoles and the enhanced ones.

The PS5 specs – a Zen 2 CPU processor which is a major leap over the Jaguar found in the PS4 – were recently revealed in an interview with Wired. What are your thoughts on that? How will they help in games development?

Jakub Stokalski: We’re looking forward to new consoles both as passionate gamers and game designers, but it’s too early to actually talk about their capabilities. Of course, processing power is important because it opens vast new opportunities, but for us, it’s not the only factor in creating games. We believe in meaningful stories, so we’re curious what games for the new generation will show in terms of storytelling and narration.

What is your take on Sony’s reluctant policy on cross-play with Xbox and Nintendo? Do you think cross-platform will be one of the defining features of next-gen consoles?

Jakub Stokalski: It’s not an essential thing to have purely from a gameplay perspective. But in general, to please the community of a game, it’s great and very helpful for people to be able to cooperate or compete with a friend who has different platforms. Because gaming should have no boundaries, right?