Codemasters racer FUEL may be the most open game ever created, according to producer Phil Wright. FUEL is arguably the most open-world game there is, Wright told VG247. Apart from the artificial boundaries at the edges of the game world, the only impediments to going where you want are natural, be that water, a sheer rock-face, or using the wrong type of vehicle (for example, trying to drive a road car up a steep slope off-road). It takes a few hours to drive from one edge of the landscape to another, but it can be done. The title, shipping at the end of May, features a meld of American environments, the collation of which was a labour of love for developer Asobo. 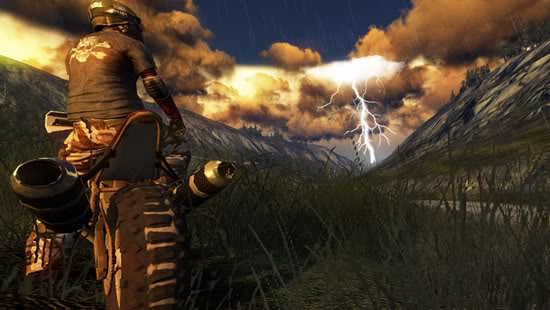 Asobo did a lot of research, using satellite image data of large areas of the more remote and wild parts of North America, including Mount Rainier, Crater Lake, Yellowstone and the Grand Canyon, to name a few, Wright added.Some of the team also took a long road trip into Wyoming, travelling hundreds of miles through vast wilderness gathering video footage and photographs in an effort to capture the epic scale they wanted to put across in the game.The resulting world in FUEL is a conglomeration of the more spectacular natural scenery from all of this data, a sort of best of the North American wilderness.FUEL hits 360 and PS3 on May 31. Theres a PC version as well, but we can’t find a date for it right now.