Fuse is a new shooter from Insomniac Games and EA, and it’s the first game from them that will be released for the Xbox 360 as well. Previously known as Overstrike, the game underwent many changes and lost its pixar-ish design style and became more realistic.

The game supports four player co-op. This new IP is still under development, and Ted Price CEO of Insomniac Games has confirmed that the game will go through many changes.

The game ran on proprietary engine created by Insomniac Games, called the Insomniac Engine v.4.0. There’s no reason given why the game was re-branded but it was described as being a normal part of IP development.

As mentioned before the game was initially called Overstrike and was first shown during EA’s Press Conference at E3 2011. The trailer indicated co-op elements in the game. Ted Price, CEO of Insomniac Games, announced that they were going multiplatform and it will be their first game that will also be available on the Xbox 360.

They chose EA as their official publishers, and will be distributing the game under the EA Partners label, which was also responsible for a few Japanese games like Shadows of the Damned and more.

The studio was also praised by EA Partners vice president  Sinjin Bain: “EA is honored to be working with world-renowned developer, Insomniac Games, to bring their first multiplatform release to players everywhere,” said Sinjin Bain, Vice President of EA Partners. “This studio is known for delivering high-quality, action-packed, and most importantly — fun — games. Fuse is on target to deliver that and more in March.” [reference]

The game is under development at their main–Insomniac Games has two studios–at their Burbank, California studio. The game runs on Insomniac Engine v.4.0. There’s no middle ware engine used here, it’s all proprietary.

Insomniac Games revealed a bit more information about the game, and why the changed the name to Fuse from Overstrike. They also changed a lot of initial design concepts and it was said that it was according to focus groups.

“We realized early on that story wise we were focusing on Fuse – but it wasn’t tied into gameplay at all. So we shifted the focus of the gameplay to Fuse as well, and started really delving into the Fuse weapons and progression system and figuring out we can have Fuse drive both gameplay and story.

“Then the game’s identity shifted to be much more about Fuse than what we had before. Furthermore we also started cutting loose with the weapons, and really going over the top with much more visceral weapons, and at the same time we went a little more grounded with the game’s story.” [reference]

The game revolves over a spcial item called Fuse. It is a volatile energy source which has fallen into wrong hands. The CIA calls in an elite contact team to retrieve it: Overstrike 9. Whoever controls Fuse will have unlimited power at their disposal.

The Overstrike 9 team contains four members all equipped with fine weapons and gadgets as they infiltrate and destroy their enemies. 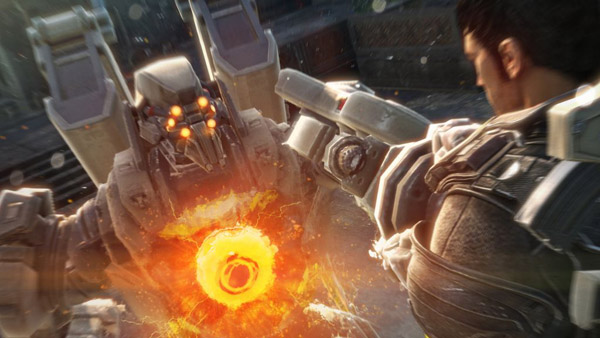 The game features co-op, so all the four members in the Overstrike 9 team have different skills and specialties that enable them to do the job efficiently. There’s not a lot of gameplay elements revealed so far, but we do have this weapons trailer that shows how the weapons will work in the game. These weapons are Fuse powered so expect some crazy effects. Insomniac Games is known for creating creative weapon especially considering their Ratchet and Clank series featured such ingenious weapons.

The game is a third-person shooter and we are not yet sure how the single-player campaign is structured. Either you can control one member and play as him or you will get the option to play as all. [reference]

The games single player campaign allows for the player to “leap” from character to character so that they can change their play style while on the go. When you are in control of one on screen character, the others will be controlled by an AI.

As mentioned above, the game contains four specialist members of the Overstrike 9 group. Not much is revealed about them, but here’s a vague description of each character.

Dalton Brooks: He is a reformed and sarcastic mercenary, equipped with an energy shield. Brooks is voiced by Brian Bloom (Imdb page).

Naya Deveraux: She is a mischievous, lifelong thief, equipped with a cloak device. Deveraux is voiced by Jennifer Hale (Imdb page).

Jacob Kimble: He is a decorated detective with a bit of a temper, equipped with an electric crossbow. Kimble is voiced by Khary Payton (Imdb page). 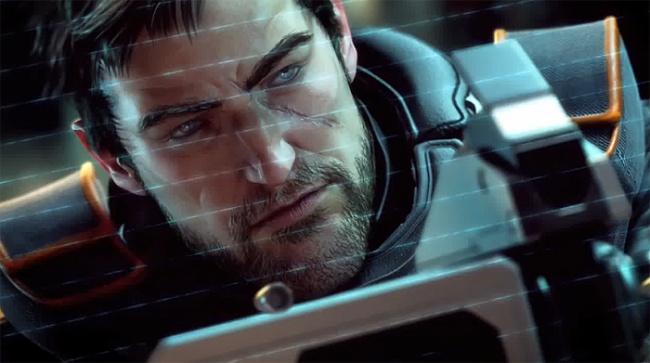 The game’s weapon trailer was met with much vitriol on the Internet because it seemed really generic. Insomniac Games have developed a slightly negative reputation among their fanbase for ruining a good formula. This is obviously personal observation of this Wiki creator and a huge Insomniac Games fan (Platinum Trophy in Resistance 2).

“What you see will continue to develop visually,” CEO Ted Price said. “We definitely listen to the feedback from that trailer – what we showed was a very different part of the game, and the characters actually now look different in what we’ll be showing next.” [reference]