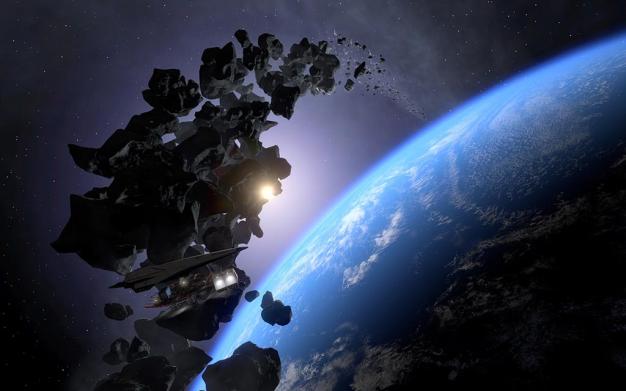 Futuremark Games Studio and Fatshark today announced the Frontiers Pack, a special game bundle that includes multiplayer shooters Shattered Horizon and Lead and Gold: Gangs of the Wild West. From November 4–7 both games will be free to play on Steam during the Frontiers Free Weekend letting friends enjoy combat from the frontiers of the Wild West to the depths of space. In addition the Frontiers Pack will be on sale during the event for just $12.49, a saving of more than 60% over the regular cost of the two games when bought separately.

Shattered Horizon is an innovative multiplayer first person shooter that immerses you in the cold reality of zero gravity combat in space. The game recently started an open beta that adds AI bots to the game for the first time. These bots will be available on special servers during the free weekend to help new players learn the unique tactics possible when playing an FPS in zero gravity.

Lead and Gold: Gangs of the Wild West is a third-person shooter that delivers an intense team-based multiplayer experience. Relive the violent era of the Wild West with adrenaline-fuelled action and fast-paced gunfights. Engage in gritty battles in beautifully rendered classic Western settings. Players test their mettle in genre-specific game modes and levels tailor-made for satisfying team play. Lead and Gold recently had a new map and game mode added and now has dedicated servers available.

Players can start pre-loading the games from Wednesday evening.

Lead and Gold on Steam: http://store.steampowered.com/app/42120/