Galcon Labs Gets A Release Date 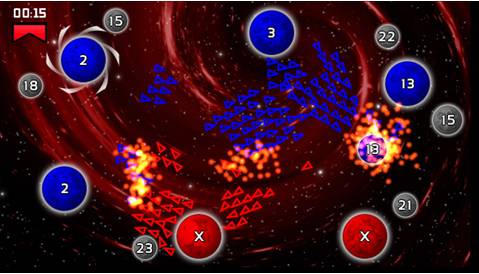 Beatshapers have announced the release for their PlayStation Mini game: Galcon Labs .

Billiards: “Moving Planets” – need I say more? With a constantly changing battlefield this game never has a dull moment.
Stealth: Enemy ships become invisible, changing Galcon into a game of inter-galactic hide and seek
Crash: Ships battle in mid-flight, bringing a whole different twist to the classic gameplay. You can now defeat the enemy in the air
Assassin: Each opponent is assigned a target. The first player to annihilate their target wins the round