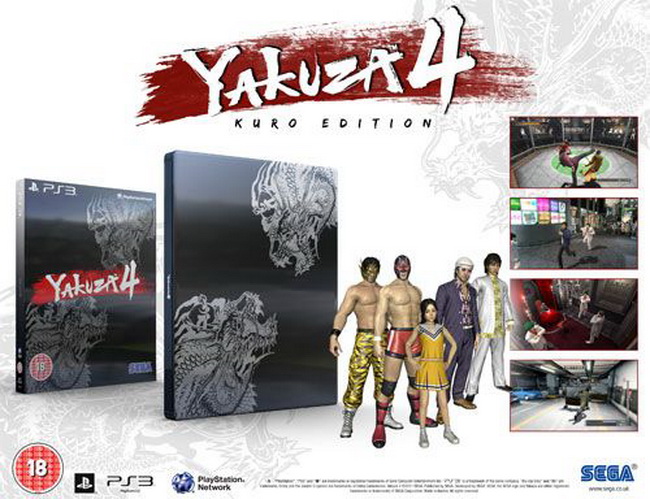 GAME’s posted details about a exclusive Yakuza 4 Steelbook Edition which includes lots of unlockable costumes and various other downloadable goodies.

There’s also a few additional modes which it comes packed with:

The Yakuza 4 SteelBook Edition will also bring the following awesomeness along with it: