You might have read one of our latest articles on Epic’s new game, or games, one of which is Gears of War 3, while the other was rumored to be Bulletstorm.

Well it is now official, that Bulletstorm is developed by People Can Fly(reminder – Epic Games bought a majority stake in PCF)  , and for those who are wondering what it is, you will find out in the latest Gameinformer magazine, no information so far as if this title is an Xbox 360 exclusive or not, but i have a feeling this might come to the Playstation 3 as well, who knows? 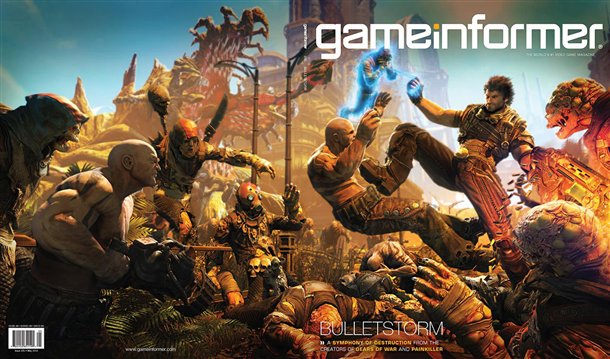 Here is everything that will be included in the magazine:

“The May issue is packed with other features, including an in-depth look at Sony’s Move and a look at the terrifyingly prolific voice actor Nolan North. We also have an exclusive-filled Dead Rising 2 preview that highlights an all-new multiplayer mode. Let’s just say that reality-show spoof Terror is Reality is only the beginning. Avalanche Software is hoping to change the way we look at family games with its Toy Story 3 game, and we follow its development from the game’s initial pitch to a playable build.

Expect to receive your copy very soon, some of you might have already got it.