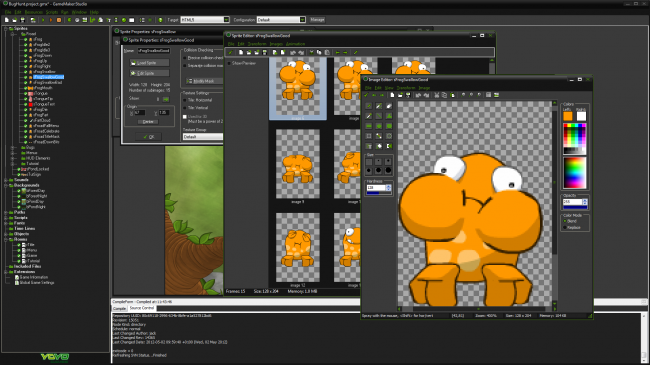 YoYo Games has announced that the update for Windows 8 is now available for Standard, Professional and Master Collection owners of GameMaker: Studio.

Previous owners who decide to upgrade now will get heavy discounts- an upgrade to Standard version will cost $25 while an upgrade to the Professional version costs $50. You can update via here.

They have also announced that a Windows Phone 8 version of the software will also be released, as soon as the device is out.

Yoyo games is also releasing three new games in conjunction- “Froad,” “Reflexions” and “Simply Solitaire Pro”- which can all be downloaded via Windows Store for $1.49.

They’re also holding a competition and giving away prizes. Get the full details here.

GameMaker: Studio has been developed with usability and efficiency at its core, allowing developers to create games in a single code base and then export and run them natively on multiple formats including Chrome, Facebook, Google Play, iTunes, the App Store, OS X and the Windows Store. GameMaker: Studio offers a powerful, yet simple to use drag-and-drop integrated development environment with a built-in games-oriented scripting language that considerably increases games development productivity. GameMaker: Studio is a best-of-breed platform that caters to entry-level novices and seasoned game development professionals equally.