If you want to know how to get yourself banned from Xbox LIVE for the next few millenia, just follow this man’s son’s example.

A curious father posten on the Xbox forums enquiring as to why his son was seemingly banned from Xbox Live until the end of time. I imagine he got a bit of a shock. 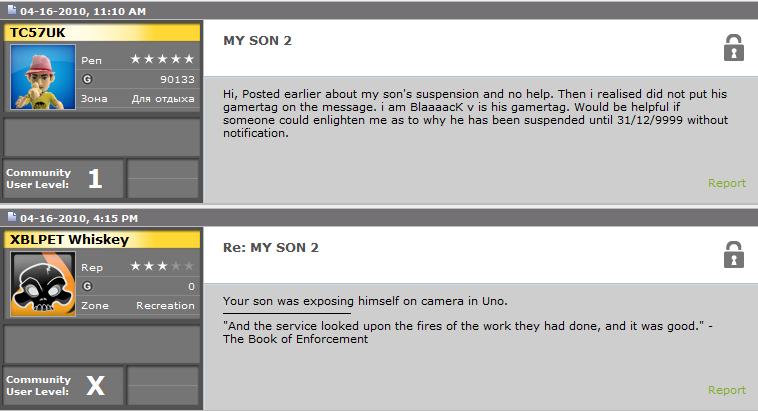 There must have been one heck of a father-son talk after that.