“I can’t promise it will never happen again.”

The Bethesda collection, which compiled all Dishonored, Fallout 3, Fallout: New Vegas, Skyrim, Oblivion, Brink, Rage, Doom 3 and Hunted and Rouge Warrior was being sold at an unbelievable $26, and the Borderlands 2 Four Pack was being sold at $5.63, which, after the revisions, is now being sold at $179.99.

Obviously, the site was bombarded with sales and orders and their servers went down, and some of the people who made their orders luckily got their Steam codes too. Later, though, GamersGate started sending out e-mails telling everyone that they will bee given refunds soon and these prices were errors.

The GamersGate CEO Theodore Bergquist has now responded to this issue. 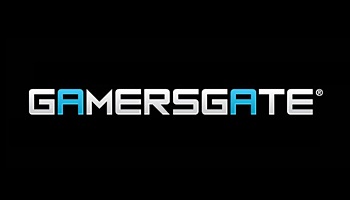 “We manage the world’s largest catalogue of games for digital sales, this years holiday sale was the biggest on the net,” Bergquist said when asked by True PC Gaming what exactly caused this issue. “Our program grossly multiplied the discounts we were authorized to offer on these bundles and they were advertised at way below cost.”

But will it ever happen again? Can we be sure that this was just a one time thing and will never be repeated in the future? Bergquist cannot promise that.

“We handle the biggest digital store on the net, with more than 4000 games and thousands and thousands of transactions every day. I can’t promise it will never happen again,” he said. “I can promise though that we do everything we can to improve our system and support on a daily basis and when things like this occur. We value our customers and the relationship with publishers and I think most of us can understand and accept sometimes there are errors.”

Well, looks like some people would be bitterly disappointed.

Were you one of those people who jumped on these mistaken and surprisingly low prices? Tell us in the comments section below.