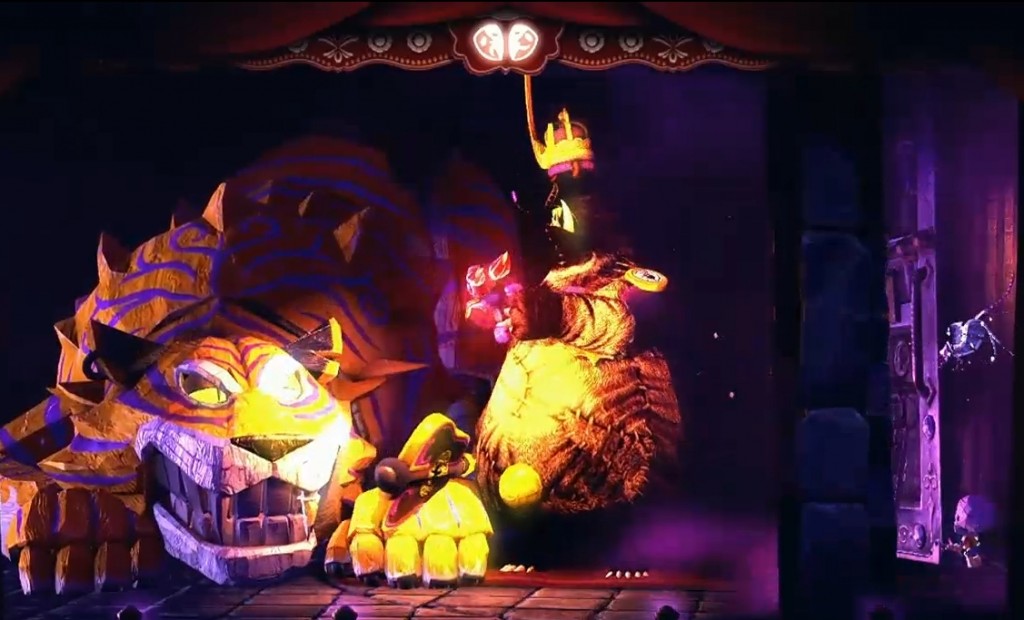 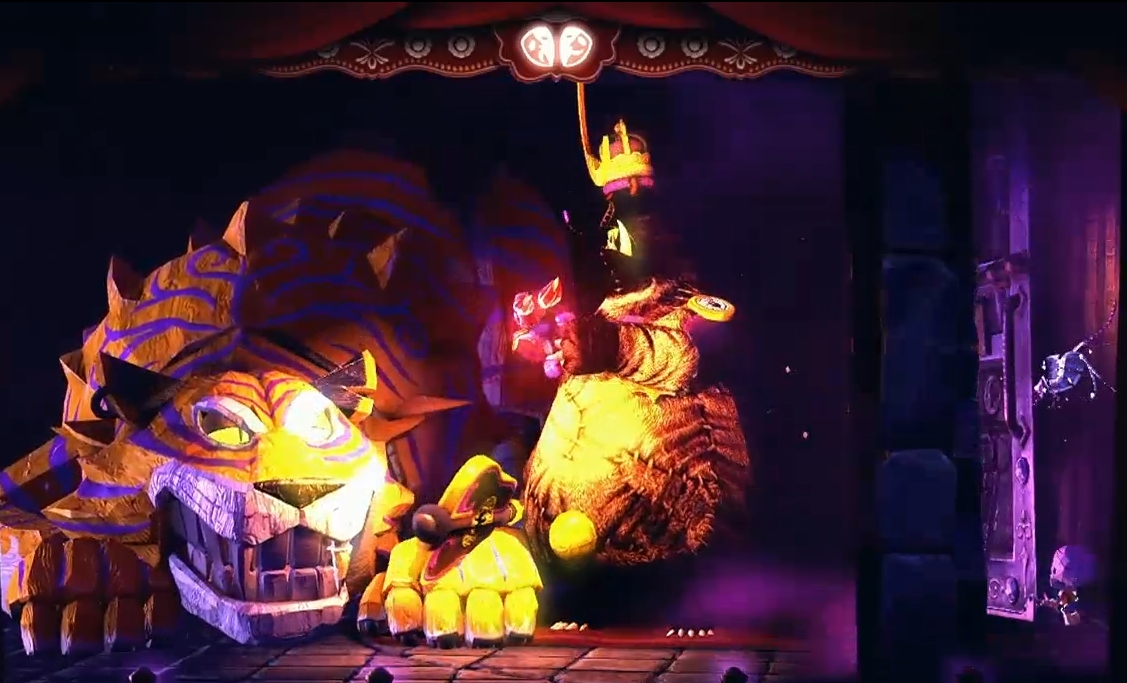 Gamescom is 2012 is finally here, today Sony announced Puppeteer at their press conference. Puppeteer is a title from Studio Japan. The game aims to be completely unique as opposed to others. Sony would like to describe Puppeteer as  “the theater of the strange and fantastic”.

Sony has stated that the way you move around in this game is very different as opposed in most games. You do not move around in Putterer, instead everything moves around you. All of the action will be happening on the same stage, and there will be surprises in every scene that will put the player into really strange situations.

The story of Puppeteer is about a boy who has been taken away by a Moon Bear king into a castle. When boy arrived at the castle he was transformed into a puppet. Then the boy begins his adventure by looking for a pair of magical scissors, these magical scissors are going to be used as your primary weapon in the game.  The boy can also lose his head, which means you have to find a replacement for a new one.

This is all that is known about Puppeteer, keep coming back for more news as they come about.