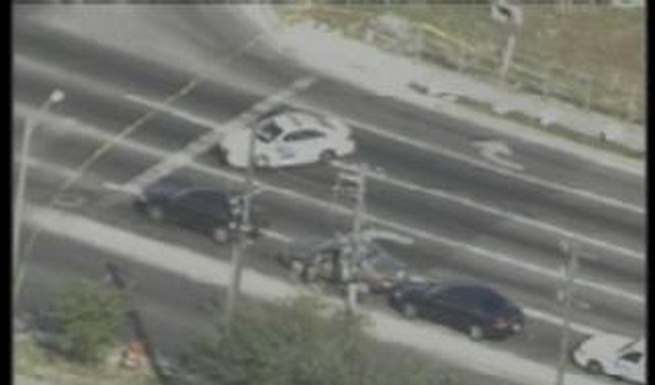 A robber who was attempting to evade the cops after holding up a GameStop store was shot dead by Police in Orlando.

The man had robbed the store on South Kirkman Road and was armed with a gun. He then attempted to escape via a car but the Police gave chase and eventually they cornered the guy.

However, he resisted being arrested and fired at the cops and in retaliation, the police shot him six times. He was declared dead in a local hospital.

The death of the man has drawn questions whether it was right on the part of the cops to shoot him.

Witnesses present at the spot said that the man was shot six times at the back while he was trying to escape from the police.

“Our job is to stop violent criminals. If you’ve got a gun and put us in the situation of serious injury or death, that’s why we carry the things we do, to protect ourselves and any citizens for the next robbery they may commit”.

Sad stuff, robber or not.