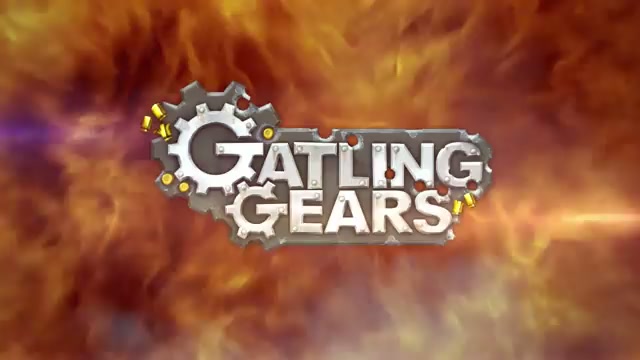 The recent twin stick shooter Gatling Gears, having torn up the charts of the Xbox Live Arcade, is now heading to PS3 this summer.

“Gatling Gears is an action-packed, top-down shooter that has gamers blasting their way through 30 unique environments armed with a deadly arsenal of weapons including a gatling gun, grenades, rockets and power-ups.” That’s according to the press release at least.

It also says that “Players take on the role of Max Brawley and suit up for an epic mission to save the planet and defeat the Empire. Fight together or compete against friends in full online or offline co-op modes as gamers battle for high score and leaderboard prowess by collecting the gears left behind by obliterate enemies. Each gear will bring players closer to earning cool upgrades for their Gatling Gear mech.

Gatling Gears also tests players’ ability to stay alive with Survival mode, an arena-based battle where gamers go head-to-head with enemy forces in 10 rounds of pure chaos. Complete the objective with or without a buddy by dodging thousands of bullets from enemy tanks and soldiers and maneuvering through homing missiles, flame-throwers and cluster bombs, while protecting a core natural resource.”

We’ll let you know if a more concrete release date gets announced.