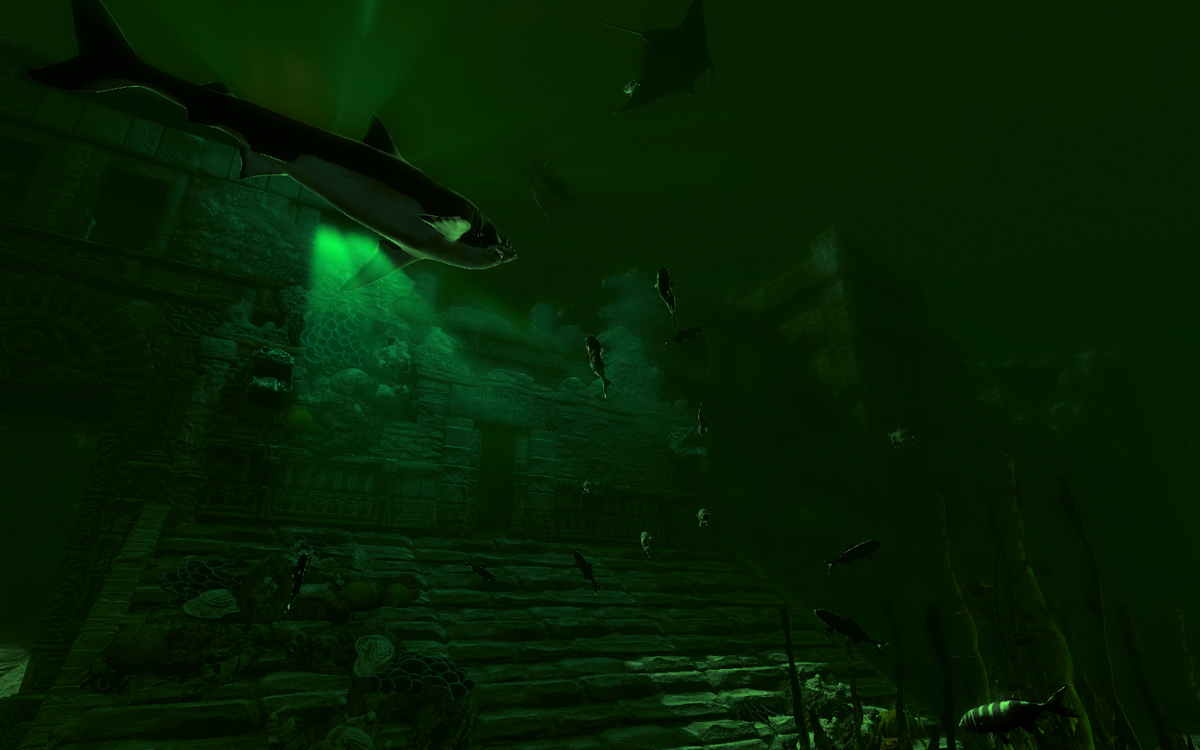 Yeah, here is a trailer for the game ‘Depth’ shown at this years GDC and it’s… well.. I don’t know, kind of like a game I would never by but who knows, it’s just a trailer so maybe when it will comes out it will be really good.  It does have multiplayer in the game and you can apparently even play as a shark or sea creature as well as a human with an underwater spear gun.  Unfortunately it looks like this will only be coming out for the PC.

From the official site:

Overview
Off the coast of present day Mexico a team of fearless divers are preparing to loot sunken treasure from shark infested waters. To emerge with their limbs intact, they must use every trick at their disposal to outsmart, avoid, or disable a pack of vicious man-eating sharks. Depth is a competitive multiplayer game which blends heart pounding hide-and-seek gameplay and visceral action in a dark aquatic world. Predator, or Thief. which will you be?

Key Features
– Be a Shark : Take control of a 21 foot man-eater as you find and dismember sneaky divers.
– Shark vision : Experience the sights , sounds and smells of the shark’s world. Track prey by the disturbances they make in the water, or the sound of their heartbeat.
– Be a Thief : Loot a wealth of glittering Sunken booty from the bottom of the ocean, by outsmarting and evading your hungry opposition.
– Heart Pounding Stealth: Take cover in dense sea-weed, squeeze into wrecks, and stay as quiet as possible while sharks patrol overhead!
– Full Body Dismemberment : Tear off your victim’s limbs one by one and leave him to bleed out, or show him mercy and end it with a final bite.