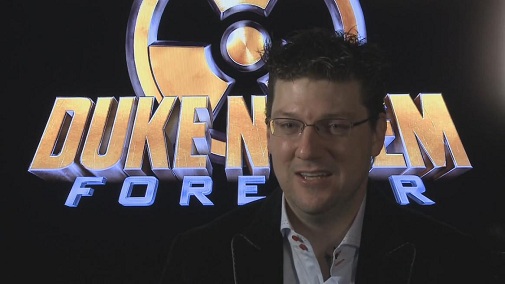 Randy Pitchford still thinks that the Gearbox team did a great job with Duke Nukem Forever, but he almost feels that it’s like an “anomaly”.

The game received near universal hate once it was released, and our review wasn’t that kind to it either, but Pitchford revealed in an interview with OPM that the game generated a massive amount of loving fan mail.

Duke Nukem Forever was in development for over a decade at 3D Realms, until Gearbox took over the mantle and vowed to finish it, which they did obviously.

“The amount of attention and interest Duke Nukem commanded ended up being far beyond my wildest expectations,” Pitchford said.

“I’m extremely proud of our production effort to make sure that the world could finally play this legendary game that had been in development for such an astonishingly long time at 3D Realms.”

He also revealed that the fan mails they got weren’t in sync with the opinion almost everyone had on the game, i.e., bad.

“It’s such a strange thing,” he pondered.

“Duke Nukem Forever generated more loving fan mail than anything I’ve ever been involved with.

“It’s really an anomaly – I wouldn’t recommend using Duke Nukem Forever as a case study for any analysis of the games industry except, perhaps, as the most extreme example of an outlier or edge case.”

Personally, I think the game was utterly terrible, but I do have to congratulate Gearbox for finishing it. And oh, did you guys know that Borderlands 2 is shaping up to be an awesome game?