Starting October 30th and ending November 2nd, Gears of War 2 will be having double experience in online multiplayer and horde mode.  You will also receive a match bonus for wining in multiplayer.  Horde mode will also have some changes for the event.  Here is what Epic’s Rod Fergusson had to say about it: 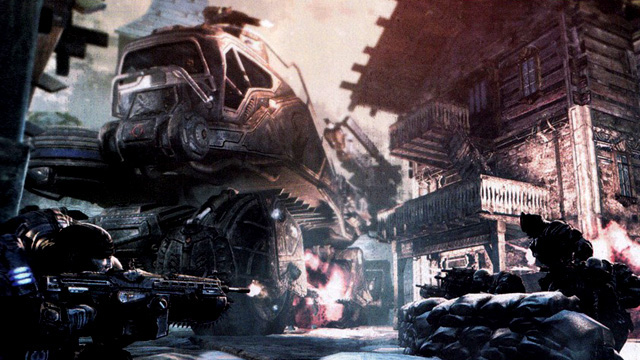 “..We thought, what if any of the many Boomers could attack on any wave and when possible, a full Boomer squad consisting of Grinders, Butchers, Flame Boomers and regular Boomshot Boomers could appear and attack all at once. And of course waves 10, 20, 30, 40 and 50 would be nothing but wave after wave of Boomers. Sounds scary and fun to me!

For those of you scoring from home, you may notice that I didn’t mention the Maulers (aka the Boomers with exploding flail and shield). That’s because for this event we’re pulling them out. We figured what is the fun of having a massive Boomer onslaught when you can just plant a shield to block them off. So unless the shield is part of the map, you’re on your own!”

The event is also celebrating the fifth title update for Gears of War 2 that will go live on October 26th.  Check out the details on what will change for the update here.