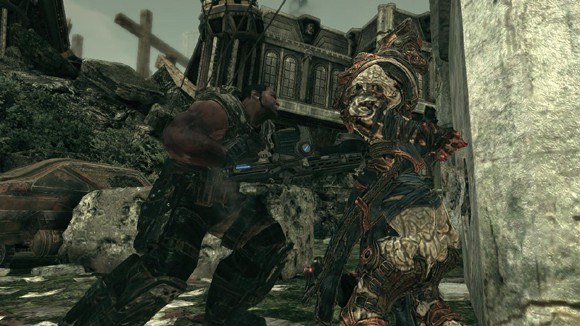 I have dubbed this pic 'The Colesaw'

EPIC Games is just handing out XP lately in Gears of Ware 2 making it easier and easier to get to rank 100.  Being rank 100 Gear of War 2 just gives you a little icon next to your Gamer Tag with Wings… ooo, so special.  Never the less Epic is almost insisting everyone to be rank 100 in Gears of War 2.  These excessive XP events lead me to believe that the bonus you will recieve in Gears of War 3 for being rank 100 in Gears of war 2, as stated by Cliff Bleszinski of Epic Games, will be either really cool or nearly a must have in the game.  We will soon find out as Gears of Ware 3 comes out later this year for the Xbox 360.  The Valentine’s Day XP event will be times 14 XP (that’s a lot) in Wingman and times 7 XP in Horde Mode.  Oh yeah I almost forgot to mention that there will be ‘cupid’ wretches with torch bows and no I am not making this up.  Starting this February 11th and ending on February 15th, that gives you four days of super XP, so let’s see everyone rank 100 now!