Party but you are not invited. 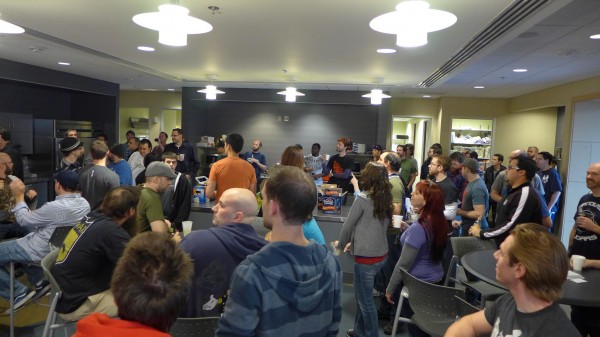 Epic Games and People Can Fly have confirmed that Gears of War: Judgement has gone gold. They have posted a celebratory picture on Facebook which you can see below, courtesy of Gematsu.

The image shows the team celebrating the game having gone gold and now it will be send to remaster and in time for its March release date. The game will be released exclusively on the Xbox 360. The game is developed by People Can Fly of Bulletstorm fame and not Epic Games, who are currently working on Fortnite which is a PC game.

Gears of War: Judgement is a prologue to the Gears series released on the Xbox 360 so far and you will find a lot of Locusts and other interesting things that led to the events what we witnessed in the three games that have been released.

You can check the Facebook link here, where they originally posted the image.