Gears of War: Judgement leaks one month earlier before release

Strict action to be taken by Microsoft.

P
eople Can Fly and Epic Games have a catastrophe on their hands, probably, as Gears of War: Judgement has leaked on to the web. The game was scheduled to be released in March, but not a lot of games leak so ahead of release date.

Crysis 2 PC was also leaked, but that was a beta version of the game. It was broken and it didn’t really affect the sales that much because people expressed solidarity for Crytek.

It’s just coming in that Microsoft has threatened bans for people who play the game before release, except reviewers, of course.

“We are aware of isolated cases in which Gears of War: Judgment content has been propped on the web and are working closely with our security teams and law enforcement to address the situation immediately,” A Microsoft representative told Eurogamer.

“Consumers should be aware that piracy is illegal and we take vigorous action against illegal activity related to our products and services. Playing pirated copies of games, such as Gears of War: Judgment, is a violation of the Xbox Live Terms of Use and will result in enforcement action, such as account and console bans.”

Here’s the original image of the game being leaked online: 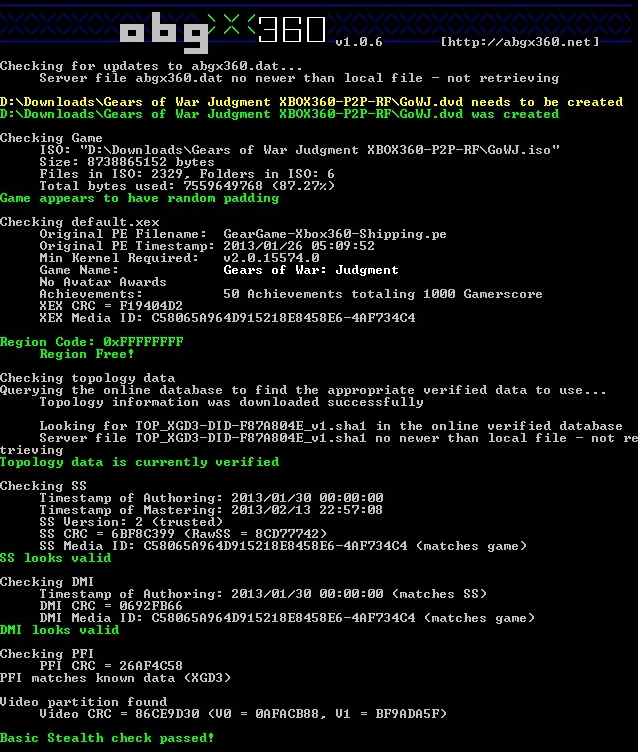 You can check out the game’s achievements here.