lLayers can land on planets to mine valuable resources but they’ll also have to be prepared to face off against hostile aliens. 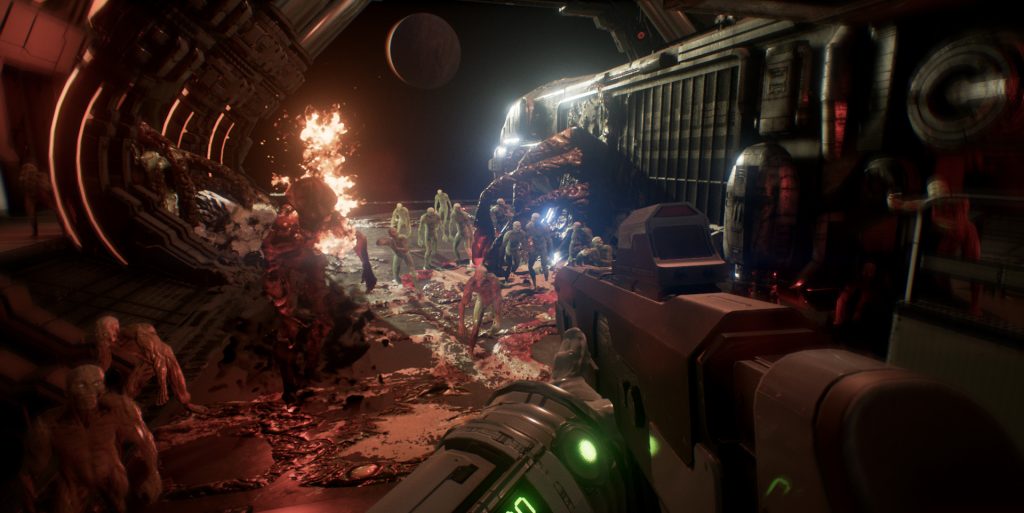 Genesis: Alpha One is certainly an interesting and distinctive game that is being developed by Radiation Blue. The game mixes a number of genres together such as Roguelike, First-Person Shooter, Survival, and more. Now, a new trailer has been released for the game which showcases the planetary landing system.

In the game, players are in charge of a crew of clones and these also count as the player’s lives. We can see this aspect of the game at work when one player character dies and another clone is promoted to be captain. When players land on a new planet, they  can mine the planet for valuable resources but they will also have to be wary of hostile extraterrestrial life forms. The game certainly looks very interesting and it seems very ambitious in its scope.

You can check out the newly released trailer below. Genesis: Alpha One is set to release for the PS4, Xbox  One, and PC in 2018.