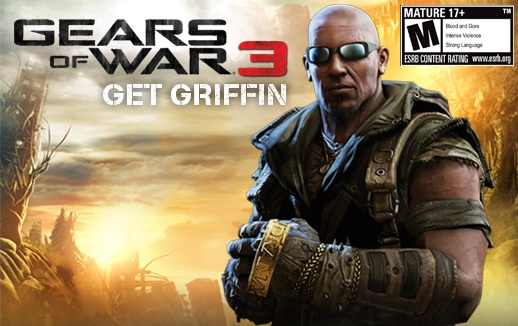 Get the Griffin Character as soon as you pop Gears of War 3 in just for liking them on their Facebook page.  After you click like you get a code to download the Griffin Character.  It’s as easy as that and just in case you were wondering Griffin happens to be played by rapper Ice-T.  And in case you have not seen the new Gears of War 3 Horde 2.0 trailer that is fucking awesome.. excuse my french, Ice-T and his band BodyCount have got a song for the game you can hear it in the new trailer which you can check out here.  Get your day one Griffin Character here http://epic.gm/getgriffin