But that's not what's most impressive about it. 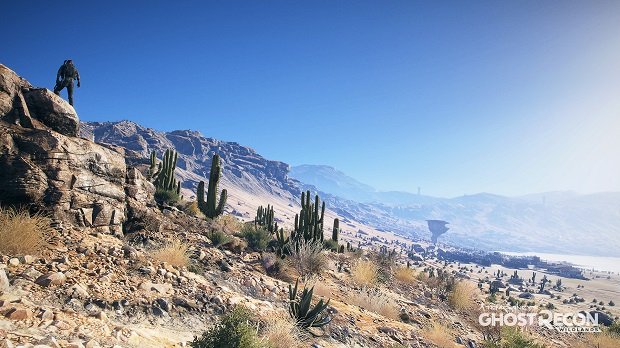 Ubisoft make a whole lot of open world games- some of them are good, but for a while there, all their titles almost felt commoditized to the extent that they started to blend into each other. However, Ubisoft are definitely making a push away from their standard mode of open world design, and instead trying to craft more unique and differentiated open worlds with each game they make.

“So I can say in terms of that it’s the largest action – adventure open world that we’ve ever made at Ubisoft,” Dominic Butler, Lead Game Designer on Wildlands, told GamingBolt in an exclusive interview.  But he also went on to add that the open world is not just impressive because of the size- it’s important because of the way it actively contributes to the game.

“For us what’s more important than just the size – obviously the size makes it cool – it gives us lots of opportunities. It’s set in Bolivia – a beautiful, intensely rich, varied environment in real life. So we are able to leverage that for our game; so we’ve got 11 different ecosystems. What that means is: you’ve got jungle, wildlands, valleys with not much visibility. It’s going to challenge you as you’re moving through these places; you’re going to need aerial support, it makes way more sense than others. You take those big heavy armored vehicles and just rush through the place. But you’re going to have to adapt not only to what the story wants from you, but the AI representing you, and also the environment which is a secondary challenge.”

I like what I hear here- and this definitely seems to be one of those cases where an open world actively adds to a game’s overall design, rather than detract from it by being pointless filler and bloat. Basically, it sounds more Metal Gear Solid V or The Witcher 3 than Batman Arkham Knight, or, well, so many other Ubisoft games. That makes me excited to play the game.