Get lost in a world where samurais rule the land.

Sony had an arsenal of amazing looking games up their sleeve at this year’s E3. One of the most anticipated games was Sucker Punch’s Ghosts of Tsushima, a game where you take the role of Jin Sakai, a samurai searching for his legacy, as you cross a massive land called Tsushima Island. With brilliant combat mechanics and a unique world, we had a few questions we needed to ask. We had a chance to sit down with Co-Studio Head Chris Zimmerman, and asked him a few questions regarding the upcoming open world action game.

The world in Ghosts of Tsushima is memorizing, full of beauty and wonder. Just how big is the open world going to be?

We can’t talk about numbers. You have a set of expectations about how big the world is, and those will be met. This will be more of a sort of inside-baseball answer: it’s easy to make the game too big. But the real measure of a game world from my point of view isn’t how big it is, how many square kilometers it is, rather how long it takes you to walk across it. When you walk from one end of Tsushima island to the other you’re going to feel like it was epic.

"It’s up to you, really, as a player. It’s an open world game, you can choose your path."

In the trailer we saw Jin Sakai, the main protagonist getting into a brawl with a lot of enemies and then his friend at the end. Then we learned that was only a side mission in the game and not part of the main story line. So besides the main story and side quests what else is there to do?

All kinds of stuff. I think the way to think about that – because I’m not going to answer it, really – is that it’s a game about being a samurai, right? The reason that it is, is that that is such a powerful fantasy that I can tell you, ‘Okay, you’re going to be a samurai,’ and you immediately start thinking of things that you wanted to do.

And if you can think of something that you’d want to be able to do as a samurai, I guarantee you that we’ve tried to figure out how to fit it into the game. And as time goes on we’ll be showing more of that stuff. But we’ve got to keep some secrets, right? You want to be surprised when you play the game. You don’t wanna know everything.

It’s up to you, really, as a player. It’s an open world game, you can choose your path. The game has to work well for people with different play styles. They’re looking for different things in the game, we have to give it to them. There are people that have a pure samurai-style: where you walk into the door and say, “come at me.” And we have people that want to play pure ghost, where they don’t want anyone to see them around.

There are things in the game that happen, situation you find yourself in that really are steering you towards one style or the other. But you definitely have a different balance from player to player. So it’s really up to you. 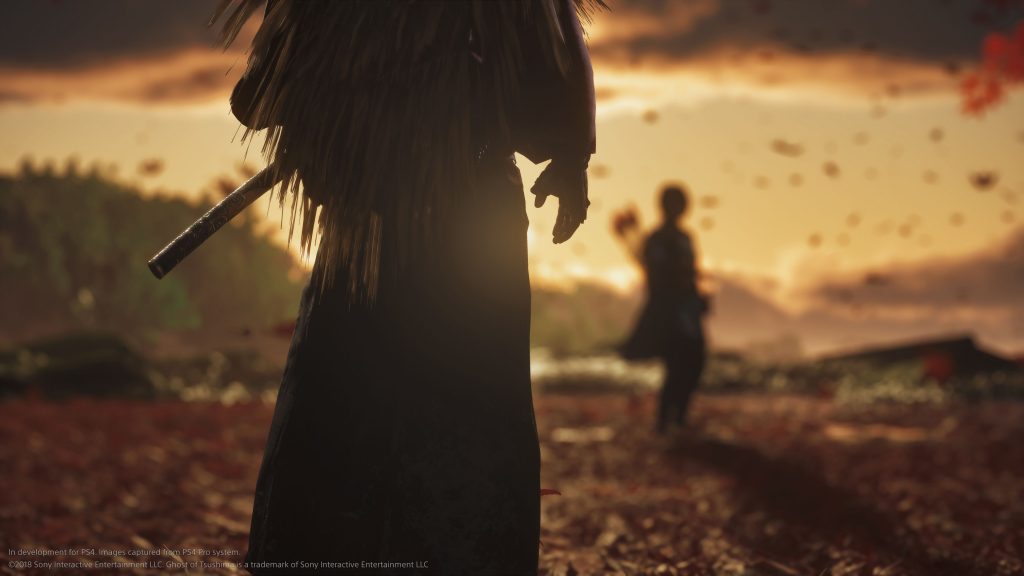 "When you walk from one end of Tsushima island to the other you’re going to feel like it was epic."

The combat in the demo was brilliant and well designed. It was hard to tell without any sort of HUD on the screen if the game uses buttons commands, or if it’s purely just hack ‘n slash. So how does combat work, exactly? Is it just hack ‘n slash, or do you need a lot of skill?

If it were hack ‘n slash, [the live-demo player] wouldn’t be nervously practicing before every demo,” Zimmerman said. “It’s a brawler. It’s skill [based] in a bunch of different directions. The heart of the game is…[in the demo] you’ve seen three guys, getting into a fight with them, and knowing that you’re in danger, knowing that you have to be on top of your game fighting three guys. It’s really out of the ordinary if you think about it. You have lots of games where fighting one guy is hard, and then you have lots of games where fighting 20 guys is hard. But three ends up being an interesting number, it gives the game sort of a fresh feel.