GigaBash is Coming to PC, PS5, and PS4 on August 5

GigaBash is a multiplayer arena brawler in the vein of War of the Monsters and Power Stone, with the scale of massive Kaijus. The trailer shows off a new roster member. 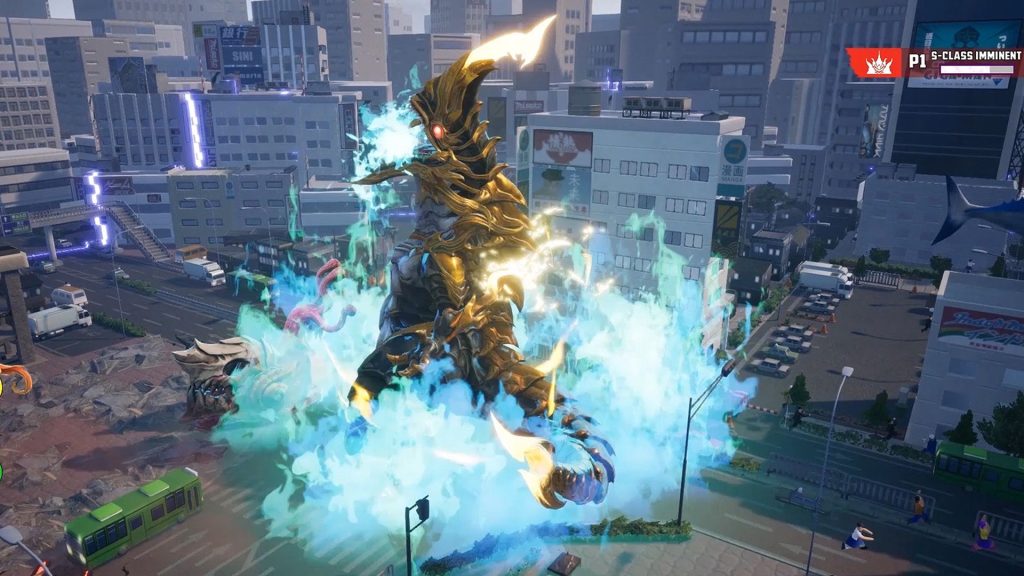 Developer Passion Republic Games has announced that GigaBash will be released on PC, PS4, and PS5 on August 5. Alongside the release date, the studio has also released a new trailer for GigaBash.

GigaBash is a multiplayer arena brawler in the vein of War of the Monsters and Power Stone. It features a roster of characters that are either Titans, or Heroes, each with their own skills and playstyle.

Owing to its immense scale, GigaBash allows players to throw office buildings at each other, and even roll entire city districts into massive snowballs to throw at other players.

Each of GigaBash‘s maps has its own unique mechanic. There is also a good amount of variety, with levels ranging from being populated cityscapes, a holiday beach resort next to an active volcano, and even an industrial city in the middle of Siberia.