A three year old Tennessee toddler, Cheyenne Alexis McKeehan, mistook a loaded gun for a Wii controller and killed herself.

Allaboutthegames.co.uk reported that the girl shot herself in the abdomen allegedly after mistaking a semi-automatic handgun for a Wii remote.

The girls stepfather, Douglas Cronberger, had left the .38 calibre weapon loaded on a table in the living room, where the toddler picked it up and shot herself. She was rushed to hospital but was pronounced dead later that night. The police are not treating it as suspicious. 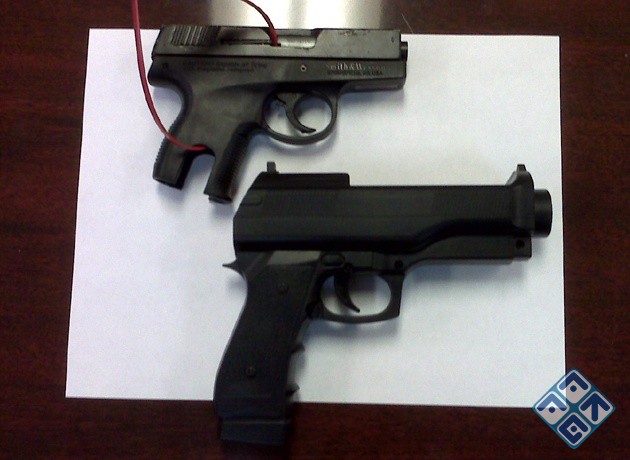 The real gun on top, and the Wii peripheral on the bottom. (Thanks to allaboutthegames.co.uk for the image)

Mr Cronberger (who owned the gun) claimed he was asleep at the time, but that the girl’s mother was in the room with her. The mother told authorities that the girl may have believed the handgun was a Wii controller resembling a gun. The stepfather claims that his family had been disturbed by a prowler earlier that night, and that was why the gun was out and loaded.