Inspired by the classic Thief, Gloomwood is a stealth-centric FPS set in a Victorian setting. It is coming to Steam Early Access in August. 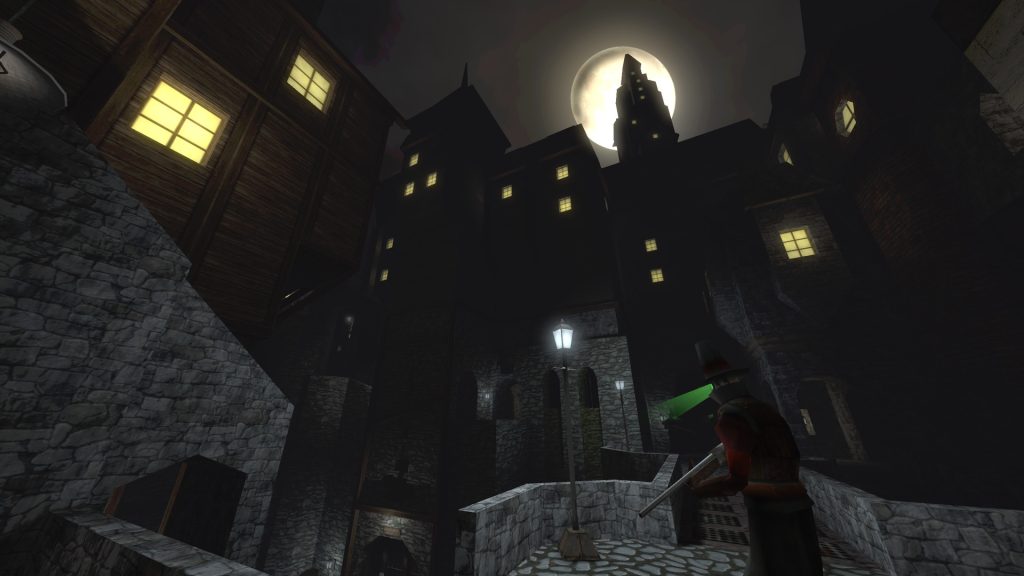 Stealth FPS Gloomwood is being released on Steam Early Access on August 16. The news comes after publisher New Blood Interactive showed off a trailer for the game during the recent PC Gaming Show.

Taking heavy inspiration from the seminal Thief franchise, Gloomwood has a focus on stealth alongside its more traditional combat. Even the game’s art style is based on the original Thief.

Like its inspiration, Gloomwood will allow players to interact with the game’s environments in meaningful ways, like being able to eavesdrop by leaning closer, or peeking through door cracks.

Gloomwood features a hand-crafted city allowing for freeform exploration. It allows players to explore various rooftops, and even find hidden passages. To work with the exploration, Gloomwood employs a stealth system that makes use of both light and sound.

A player’s arsenal in Gloomwood will include a canesword as the stealth option, a six-shot revolver, a folding shotgun, traps, and a rope-slinging harpoon.