Yes, i know some of you might be thinking that the boxart was already  revealed (I’m talking about close up on Kratos’s eye), but if you look closely,  it says “Package Art Not Final”.

But now we have the official (US) boxart, and i have to say that  I’m not just saying this because I’m a big fan of the game, this is perhaps the greatest boxart known to man.  enough talking, here you go: 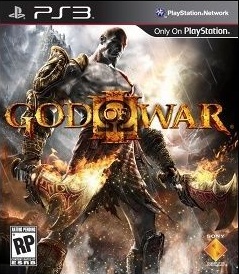 "There will be only chaos!"

The dark and black sky, The firing and burning ground, the hate and anger that you see on his face,  the boxart tells us one thing…Kratos is going to own some Olympian ass.