Just like the God of War 3 demo was bundled with District 9 Blu Ray, Sony has done the same with God of War: Ascension and has bundled it with Total Recall Blu Ray.

It’s just the E3 gameplay demo, which means it is in the alpha stage and more tweaks are expected in the final build. God of War 3 underwent a massive lighting change in the few months between the demo release to the full retail build.

Both Blu-rays feature the Extended Directors Cut, which includes 20 minutes of new footage not shown in theaters, including an alternate ending and over 1.5 hours of special features and Blu-ray exclusive content. The God of War: Ascension Single Player demo is available with this special offer on the Blu-ray hybrid disc.

Total Recall stars Jessica Biel, Colin Farrell, and Kate Beckinsale. So yeah, you should probably get it.

The game will be released on March 2013 for the PS3. Tell us what you think in the comments section below. 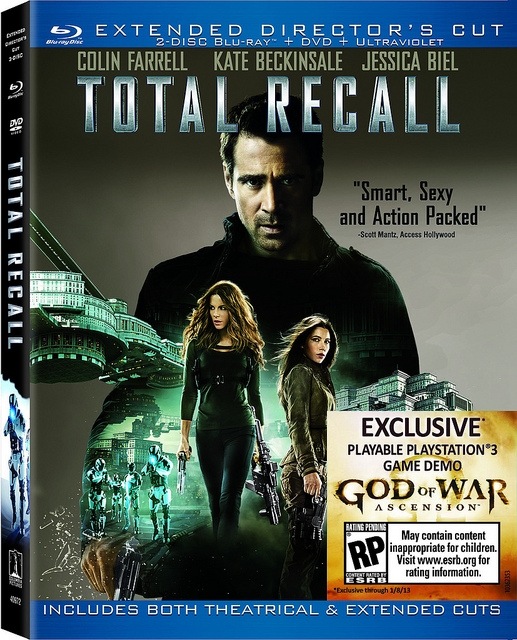