God of War III Ultimate Edition – Inside the Box

Along with that is a whole bunch of digital content such as: 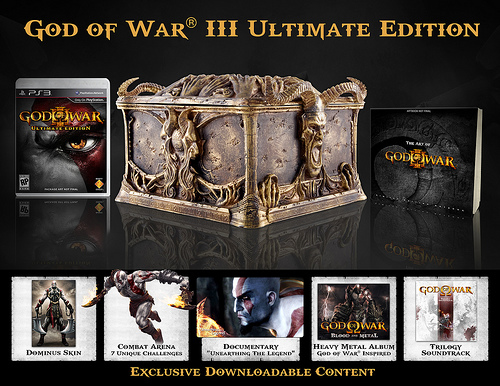 It doesn’t end there because if you pre-order the game you will receive access to the God of War 3 demo.  Pre-ordering the game at GameStop will get you a GameStop exclusive Phantom of Chaos character skin. Based on early concept art done when the God of War I team was first creating the character that would eventually become Kratos.

Europe will be getting their own version of a Collector’s Edition of the game and SCEE has said they will start sending out invites for the demo of the game this weekend for European users.