Gran Turismo Sport VR Hands On: Shaping Up To Be A Intriguing Racer But Not Quite There Yet

The solid gameplay is intact but VR makes a a few compromises as far as image quality goes.

Sony must have finally realized they missed a beat when their newest console began to lose in the racing circuit. With Microsoft’s Xbox One’s Forza Motorsport and Horizon franchises shipping one after the other annually, it was time Sony revved up their racing genre. With no sign of a new Gran Turismo in sight, and DriveClub taking several months to get the formula right, the PS4 has had to rely on third party racers to fill the gap while Xbox One not only had third party support, but critically acclaimed first party racers as well.

At last, Sony have started to pick up the pace with their racing simulator Gran Turismo Sport, a full fledged racer with the heart of speed and openness on its side. This game was available to demo on the PSVR at this year’s PlayStation Experience and getting behind the wheel in a virtual world really changes up the entire atmosphere and makes the stakes that much higher. When diving into Sport the bright colors immediately pop out and prove that this is no game stuck in the past but an evolution of a racer that is raring to not only go, but go fast. 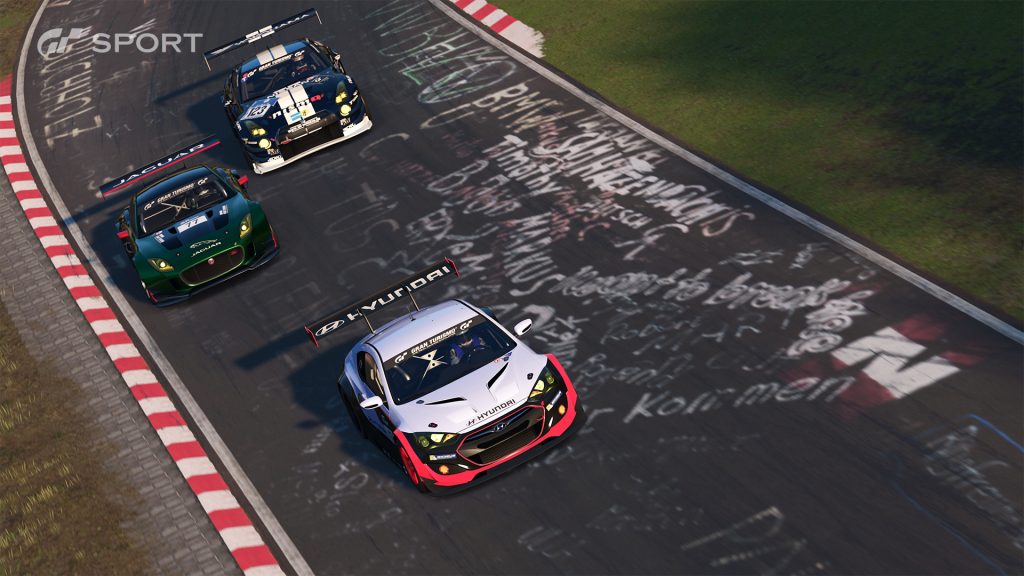 "With the world of Sport surrounding me, tying me in and making me a part of the experience it becomes easy to forget that you aren’t really in a car video game."

With the world of Sport surrounding me, tying me in and making me a part of the experience it becomes easy to forget that you aren’t really in a car video game. The excitement as the timer counts down and the screen says GO! is second to none.

During the demo the environment on my sides went by so quickly as if you are truly there and there’s nothing between you and the road except for the windshield. The immersion is phenomenal as I really felt as though I was sitting in the driver’s seat and I could do anything I’d like. It helped that the setup for the game on the show floor was actually like a driver’s seat as well.

Sadly, immersion didn’t hold up entirely as the PlayStation VR has its drawbacks. The quality of the image was downgraded compared to the non-VR version. The extensive pixelization on screen showed that the relatively inexpensive VR headset does have low quality issues and games not on VR will always fair better than those trying to seduce you and make you believe that you’re in the game.

Leaving the visuals behind, we get into the control of the car I was placed in. I’m not sure exactly what car model it was but the controls of the car — along with the steering wheel controller provided in the booth — were fluid and well matched to my style of driving. Banking around turns was smooth and the balance on the car felt as though it actually had weight. Handling, for me, was not exactly at my ideal setting, but it was well enough to keep me in the action and the speed of it all.

Going around each bend was comfortable and the inferior visuals of the PSVR version were left behind in the dust. My focus was on the track and getting to my next objective which was just around the next turn. 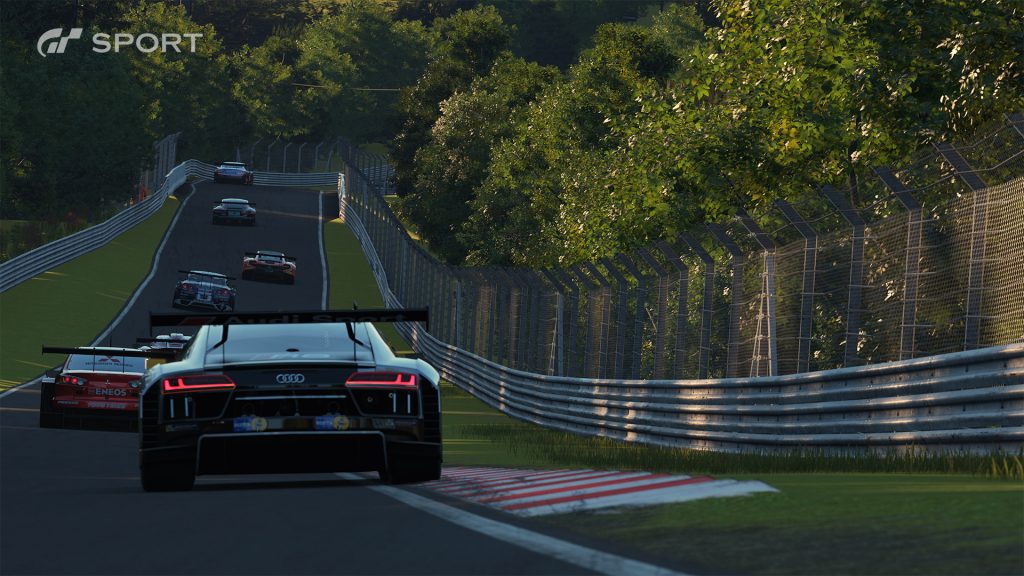 "Will it be good enough to compete with the likes of the Forza Motorsport series? At this moment and with what I had a chance to play, no. It isn’t nearly that good at this point."

However the most important question to ask right now  is about motion sickness and how it could affect players? First, motion sickness affects everyone differently. So what happened to me may not happen to the next person. With that being said, motion sickness was nonexistent within Sport. I figure the reasoning behind that would be that there isn’t much on the screen to draw the attention away from the road ahead. And as long as your eyes can focus on something it makes the motion sickness less intense. But there was no level of intensity for me; following the road, the line of the asphalt became hypnotic and the stability of its presence kept my eyes in check and allowed me to stay focused on my objective.

With that being said, Gran Turismo Sport is ramping up to be a fantastic racer. Will it be good enough to compete with the likes of the Forza Motorsport series? At this moment and with what I had a chance to play, no. It isn’t nearly that good at this point. But this was just a demo, so here’s hoping that Polyphony Digital can ramp it up since there is a lot of time left before the game releases in 2017.