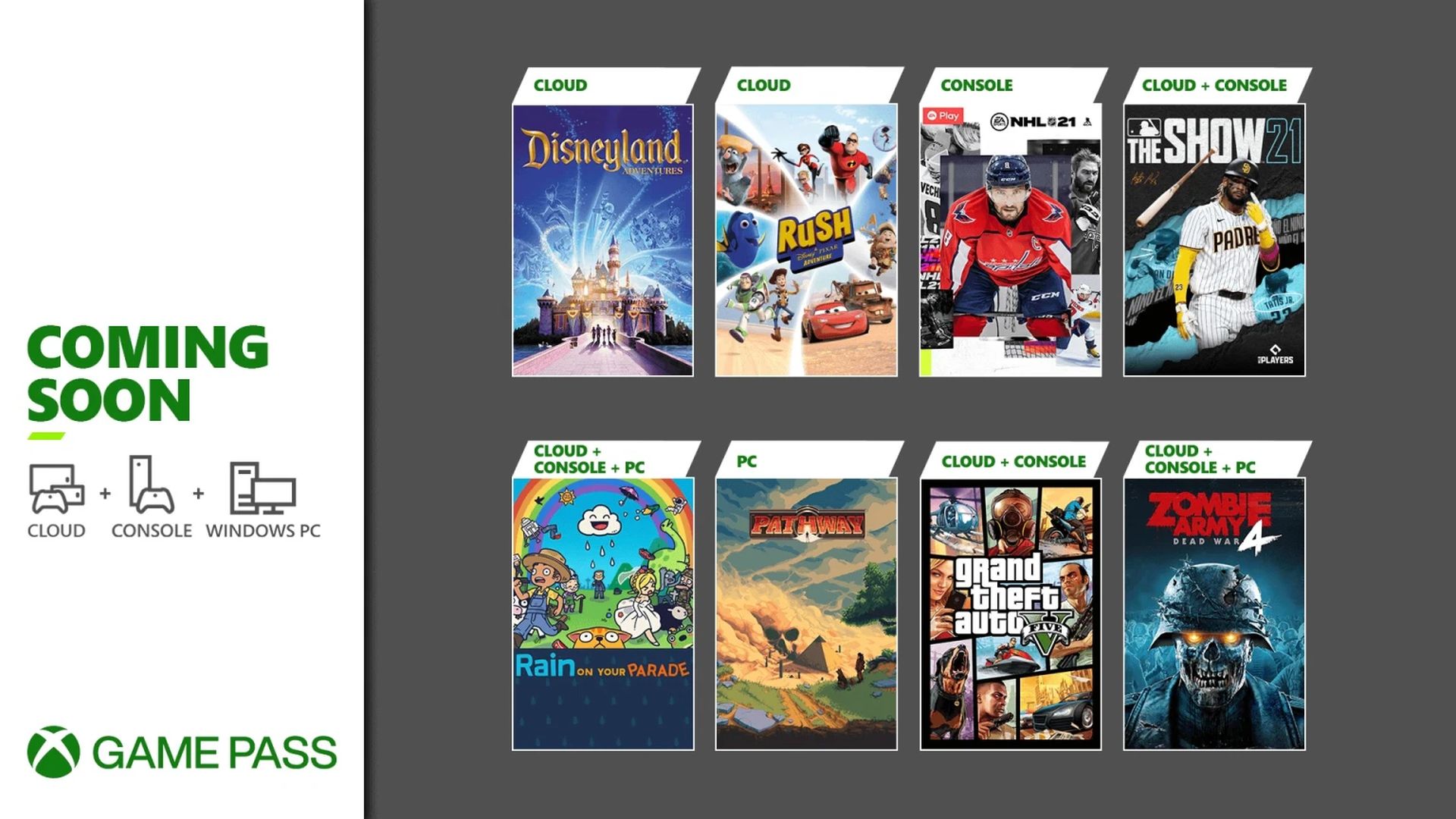 Sony’s MLB The Show 21 has already been confirmed for Xbox Game Pass on day one but Microsoft has some other heavy hitters coming this month. On April 8th, Grand Theft Auto 5 and Zombie Army 4: Dead War will be available on the surface, both for consoles and cloud while the latter also arrives on PC. Considering that Zombie Army 4 is included in PlayStation Plus for April, it’s good to see Xbox players also getting it for free.

Also coming on April 8th is Disneyland Adventures and Rush: A Disney/Pixar Adventure, both playable through the cloud. The former is about exploring Disneyland and its various attractions while the latter sees players exploring worlds from films like Finding Dory, Toy Story, Up and so on. NHL 21 arrives on April 12th for console via EA Play while Rain on Your Parade, an intriguing game about a cardboard cloud that ruins everything, is out on April 15th for consoles, PC and cloud.

Chucklefish’s tactical strategy title Pathway arrives on April 15th for PC while MLB The Show 21 releases on April 20th for console and cloud. This is most likely just the first wave of titles announced for Xbox Game Pass so stay tuned for more details later this month. Of course, a number of titles will also be leaving this month. Check out the full list below: