There’s a certain charm to old-school shooter that hearken back to the early days of the genre when certain classics ruled the roost, and in that space, 3D Realms almost have a monopoly of late. Next year, they’ll be releasing Graven alongside developers Slipgate Ironworks, drawing inspiration from the classic medieval FPS Hexen, and already, what we’ve seen of the game so far looks exciting- like a wonderful blend of old and new. There’s still a lot more we want to know about Graven though- and to that end, we recently sent across a few of our questions about it to its developers below. The questions below were answered by lead designer David Queener, and game director and vice president of 3D Realms Frederik Schreiber.

Graven has been described as a spiritual successor of the Hexen games. What was it that prompted the decision to make such a game?

We’re all big fans of hardcore medieval first person shooters, here at Slipgate and 3D Realms. However, the slower paced, more thoughtful shooter within this type of setting, was something we thought was missing. We always wanted a game like Graven, which was the main motivation for us making it.

One look at Graven instantly makes it clear that it’s going for an old-school shooter approach, especially from a visuals perspective, and that, of course, is something that 3D Realms games have often been known to do. With Graven, however, what sort of a balance are you looking to strike between old-school and modernized gameplay?

From a visual perspective, we wanted to create something right out of 1998, however, in terms of the gameplay itself, we’re introducing more modern features. For us, “Old School” doesn’t necessarily mean that the game will feel old to play. For us, the term relates more to taking what we like from older games like Hexen, and innovating in terms of elements we didn’t like. A good example of this is how games like Hexen approached “Quests”. In games like Hexen, “What you had to do” was often so obscure, that it was almost impossible to finish these games, without a strategy guide. This is in stark contrast to how we’re making a game like Graven.

How much of an emphasis does Graven put on its setting and storytelling? I ask because it seems like its dark medieval fantasy setting looks especially rife for some really engaging lore and backstories.

Lore is everywhere, but always in small snippets. We are trying to avoid ever giving the player a wall of text, or exposition dump, but reading what you find is advised. Often these will point toward secrets, or send you down the path for a quest which would not be encountered otherwise. The Priest also makes observations as you progress, noting landmarks or interesting features, referencing elements of the lore, instead of just putting a waypoint marker down. You can largely ignore the lore scraps, but you will be missing out on a lot of opportunities in doing so. 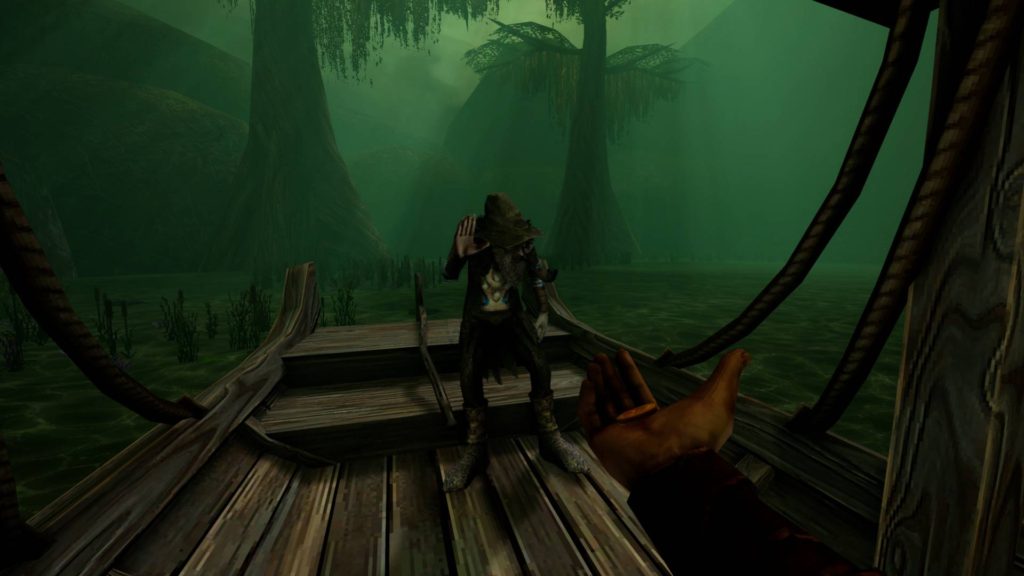 "We are not making a short game, and if you do rush through it, doing the bare minimum for each location, you will miss out on a lot of content in terms of areas, levels, themes, monsters, weapons, potions, and spells."

What can you tell us about Graven’s world as far as things such as size and environmental variety are concerned?

We have three primary biomes: swamp, snowy mountains, and a supernatural desert. These biomes are comprised of outdoor areas, structures such as castles, towns, manors, and cities. Any given sub-area in Graven is roughly 30 minutes of gameplay if engaging in minimal combat and exploration. There are also some surreal and horror areas sown into the game.

Combat is of course going to be a crucial factor in Graven, but what should fans expect from things such as weapons, spells. and enemy designs, and the variety found in these areas?

Spells are for functionality, such as puzzle solving, or managing a tough fight, rather than directly harming. Freeze water to slide across it quickly, magnetize rock to incapacitate enemy swords. Weapons themselves are between the mundane and the fantastic. Crossbows, maces, and your trusty staff, as well as an enchanted almost steampunk like candelabra, crude iron and wood devices for slinging burning peat bricks, magically charged caltrops, and an hourglass which brings purgatory to those before you. Enemies are largely reflective of their biome, perversions of nature, local cults with their own belief systems, and corruptions of reality made flesh. There are also common enemies which can be found underwater, as well as a widespread and more organized cult to contend with throughout the game. Expect to take into account damage types and hit locations, without a rock-paper-scissors behavior.

How extensive are the customization and upgrade mechanics for weapons and spells going to be in Graven?

Upgrades are few but substantial. All are optional, but the emphasis is on expanding their functionality and viability, without changing their identity. You can’t carry everything with you out into the wilds of Graven.

Roughly how long will an average playthrough of Graven’s campaign be?

We’ve not calculated that yet, but we are not making a short game, and if you do rush through it, doing the bare minimum for each location, you will miss out on a lot of content in terms of areas, levels, themes, monsters, weapons, potions, and spells. Graven is a game of exploration and experimentation.

Given that Graven will also be available on next-gen consoles, can you talk to use about some of the ways the game will leverage their more powerful hardware?

Absolutely! Even though Graven is not utilizing features such as raytracing, we’re still experimenting with features such as “no loading”, which is something we believe we can achieve with PS5 and Xbox Series X. The additional power of these consoles will also allow us to do proper splitscreen coop at 60 fps, which is one of our main targets!

What frame rates and resolution will Graven be targeting on the PS5 and Xbox Series X?

We’re aiming to have the game running at native resolution, 60fps on both docked and undocked.

Audio engines are definitely not getting enough attention, when talking about next generation features, so we’re really looking forward to how the new 3D audio engine works on the PS5. 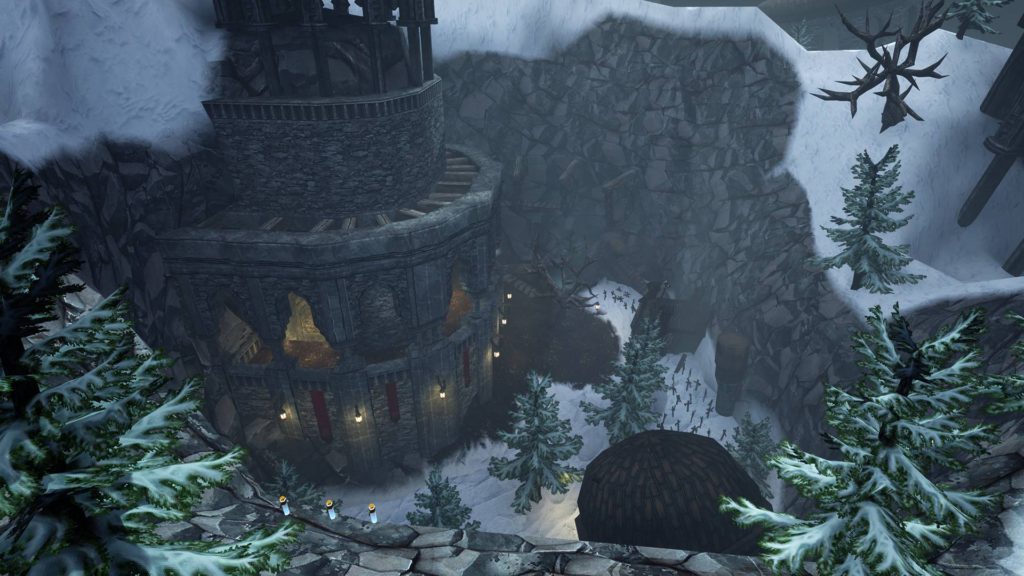 "Even though Graven is not utilizing features such as raytracing, we’re still experimenting with features such as “no loading”, which is something we believe we can achieve with PS5 and Xbox Series X."

Since the reveal of the PS5 and Xbox Series X’s specs, a lot of comparisons have been made between the GPU  speeds of the two consoles’ GPUs, with the PS5 at 10.28 TFLOPS  and the Xbox Series X at 12 TFLOPS- but how much of an impact on development do you think that difference will have?

For developers, the increased speed will have a huge impact. Going from one generation to the next is always fun, as it gives developers so much more power to work with.

In terms of the differences between PS5 and Xbox Series X, both consoles are very similar.

The PS5 features an incredibly fast SSD with 5.5GB/s raw bandwidth. This is faster than anything that is available out there. How can developers can take advantage of this and what will it result to, and how does this compare to Series X’s 2.4GB/s raw?

Both are SSDs and both are fast compared to previous generations. So this alone will definitely help with level streaming and loading times. For Graven we’re aiming to have zero loading time.

On high end AAA games, this might give the Xbox Series X an edge over PS5, however it remains to be seen. For us, and the games we currently make, the difference doesn’t really matter.

What are your thoughts on the Xbox Series X’s Velocity architecture and how it could make development easier on the system?

The Velocity Architecture will hopefully allow us to stream in data much faster throughout the world of Graven, which is a benefit, as we’re aiming to have zero loading screens in the game, with smooth transitions between sections of the game.

The power advantage of the Series X will only really matter on very high-end AAA games. But again, it remains to be seen. The power difference between the two platforms is not that important. How competently developers (especially AAA developers), put their games together, will dictate how much power they can get out of the new systems. 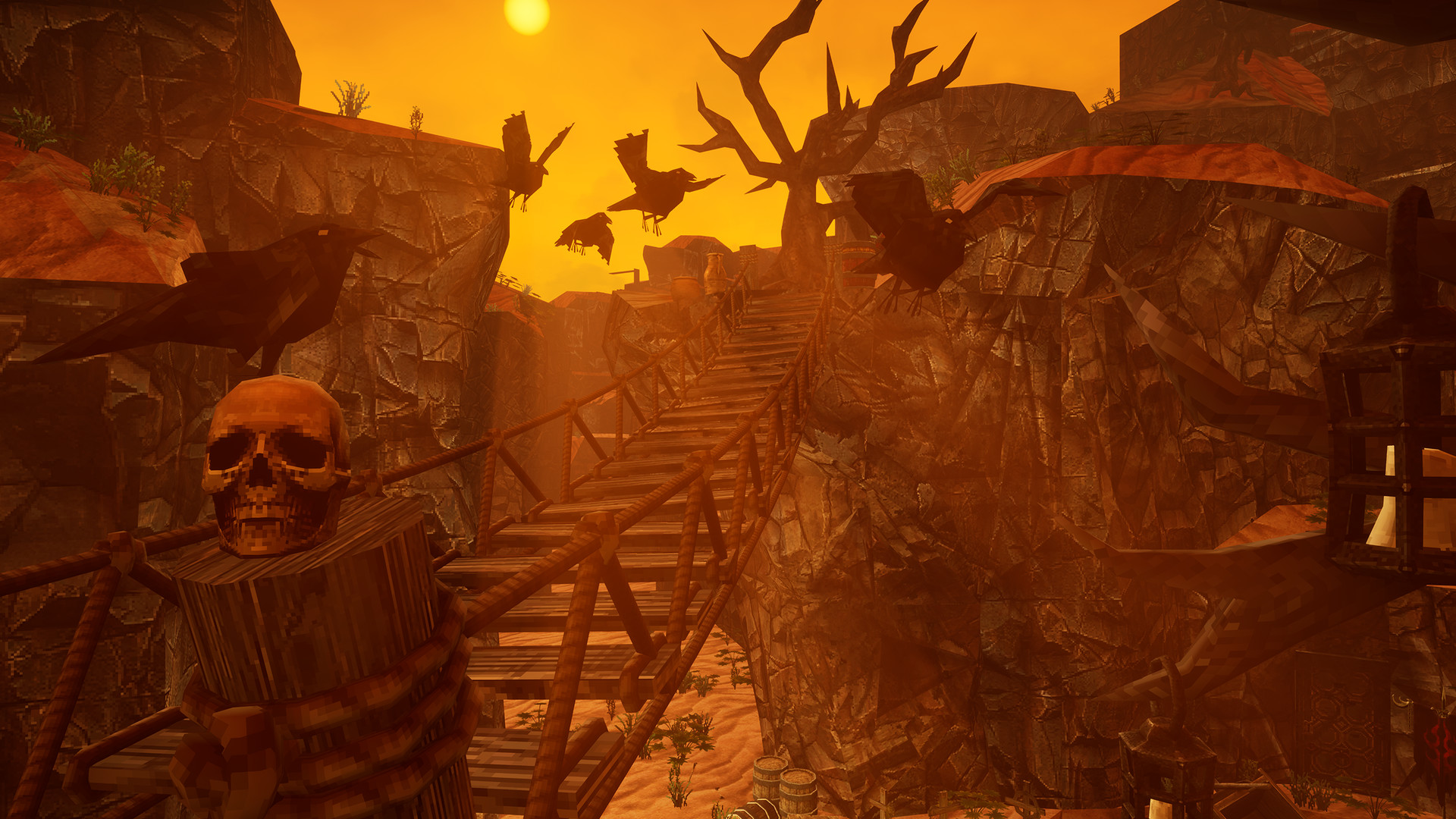 "Audio engines are definitely not getting enough attention, when talking about next generation features, so we’re really looking forward to how the new 3D audio engine works on the PS5."

It depends on how you define “most gaming PCs”. Most gaming PCs are sold to teenagers, who only want something to play Fortnite and Counter-Strike on. So if we’re talking about the mass-market gaming PCs, then yes. The upcoming consoles will be more powerful. However, enthusiast gaming PCs will outperform the new consoles by far, especially with the new Nvidia 30- series of GPUs.

There was a comment recently by a developer who stated that the PS5 is easy to code for compared to Xbox Series X. What are your thoughts on the same?

The Xbox Series X is DX12 based. On paper, it’s relatively straightforward to code for, if you’re already working with DX based games on PC. But this question is more related to which kind of game you’re trying to port, or develop for each platform. Both have exceptional tools.