Green Day: Rock Band, what more is there really to say? There was a point in this world when I was in love with both of these names, Green Day and Rock Band. Over the past years I have grown to have utter disgust for Green Day and their lack of interest in musical diversity. Instead of producing good music they gave gone the way of Activision by releasing as much content as possible in a short amount of time. Unfortunately for them, songs like American Idiot and Know the Enemy was the product. As far as Rock Band goes, it too has lost my interest in the past few years. Growing or almost dying into just another one of those guitar games.

I will say that this title did give me a reason to break out my dusty Rock Band gear and jam out for a while to some of my favorite older songs by the legendary now pop group. I even included my family in the fashion of family night.  Lets just say that it wasn’t enough to get me back into Green Day though as I literally played all the best song in about 20 to 30 minutes and then really had no initiative to put the game back into my Play Station. 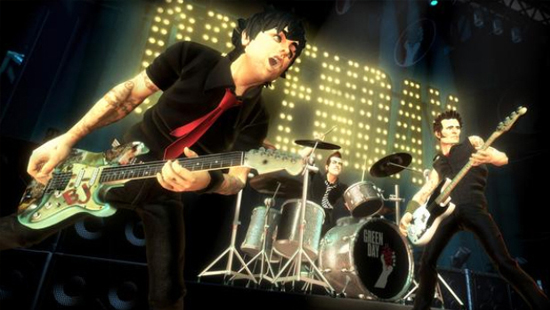 Yeah, this is as exciting as it gets.

As far as it goes for Rock Band titles, it was about as standard as any. If you are into the Beetles than go buy the Beetles Rock Band and so forth, might I add that the Beetles are much better than Green Day. There is nothing about this title that sets it apart from any other release, other than the fact that it’s just all Green Day music. I think that Rock Band and Guitar Hero both need a face lift. A bit of ingenuity needs to be had.

If you are contemplating buying this game, than you must be a die-hard fan of Green Day and Rock Band, because there is absolutely nothing about this that is new or interesting. You’re just playing as the band instead of doing covers. If they really want to make a game that is new and exciting than they need to change routes. 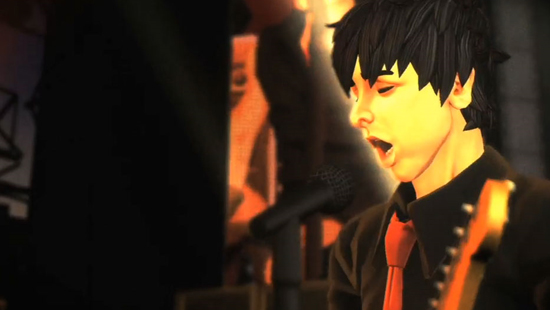 If it where up to me, Id secretly be devising a new plan and story for Rock Band. You have to pick what kind of music you want to play, and design all your own band members. Now they can use real music or fake music, but instead of being a cover band, you would be perceived as a real band that writes their own music. The story would have all of the twists and turns that everyone is expecting, yet a happy ending for the children.

Getting back on the topic at hand, it’s terribly hard to write a review on a game that I knew was going to be bad-ish, and that is so similar to all the other titles that I’m probably not saying anything new.

Getting into how the game actually works, it was stressing me out before I even got to playing it. I must have spent about 20 minutes at the calibration screen because it refused to calibrate. I have programmed many Rock Band and Guitar Hero games and this is the first one that absolutely refused to work. So needless to say, by the time I had everything set up I was already in a bad mood. 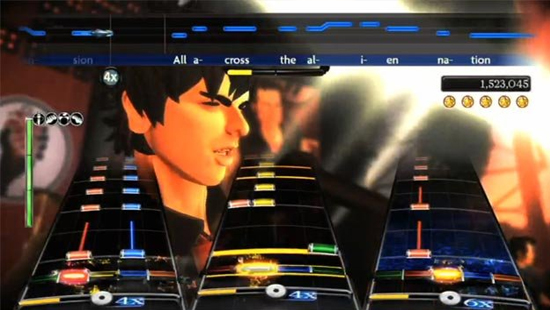 The game play was absolutely standard for Rock Band, nothing new there and the graphics where basic run of the mill for the franchise.  There isn’t much to be expected in change in these aspects, but they are honestly bringing the saying “if it aint broken, don’t fix it” to an entire new level.  My disgust has grown quite large by the end of this review and I think that it is safe to say that I will not be buying another Rock Band title until Rock Band 3 comes out. I just need something new, and it doesn’t even have to be drastic, it just has to be something, anything!

It's still a lot of new Green Day, and absolutely nothing has changed in the way of these titles. Its just really boring for me.

Final Verdict:
MEDIOCRE
Green Day: Rock Band is nothing to write home about, and if your into all the sub games that go with Rock Band than indulge. Just don't be expecting anything new.
A copy of this game was provided by Developer/Publisher/Distributor/PR Agency for review purposes. Click here to know more about our Reviews Policy.