Posted By Rashid Sayed | On 23rd, Jul. 2010 Under News | Follow This Author @GamingBoltTweet

Warner Bros.  and DC Entertainment today announced Green Lantern: Rise of the Manhunters an action-adventure title that will be available in conjunction with Warner Bros. Pictures’ epic superhero feature film Green Lantern scheduled for release Summer 2011. The game will be available for Xbox 360, PlayStation 3 computer entertainment system, Wii and Nintendo DS and delivers an immersive experience for GREEN LANTERN fans that the entire family will enjoy.

Green Lantern: Rise of the Manhunters is inspired by the feature film, which brings the enduringly popular DC COMICS SUPER HERO to the big screen for the first time and which stars Ryan Reynolds in the title role as HAL JORDAN, the newest member of the GREEN LANTERN CORPS. In the videogame players will utilize over a dozen constructs and take flight across the deepest parts of the Universe to restore intergalactic order by wielding the ultimate weapon: the Green Lantern power ring. 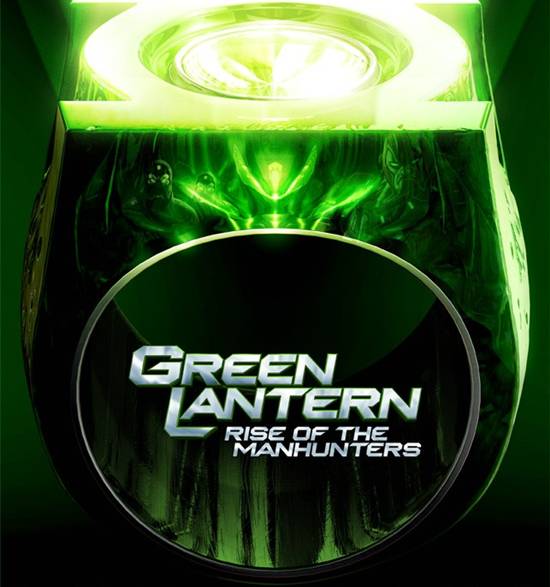 “Green Lantern: Rise of the Manhunters gives players the chance to experience the world of the Green Lantern mythology in an interactive way, going beyond the events of the film and comic books,” said Samantha Ryan, Senior Vice President, Production and Development, Warner Bros. Interactive Entertainment. “The game is the first to centre around DC Comics’ Green Lantern franchise and we’re excited to give fans the opportunity to experience the power of the ring with engaging gameplay.”

Green Lantern: Rise of the Manhunters is in development for Xbox 360, PlayStation 3 and Wii by Double Helix Games and for Nintendo DS by Griptonite Games.