GRID 2: “Titles Like Gran Turismo Have Different Goals”, No Cockpit View “Was the Best Choice”

Producer Iain Smith talks realism in GRID 2 and the omission of the cockpit view for the game.

Continuing our interview with GRID 2 producer Iain Smith, we asked him about the realism of the upcoming racer, and how it was set apart from the likes of Gran Turismo and Need for Speed Most Wanted. Smith stated that, “Firstly, I think titles like Gran Turismo are setting out with different goals to ours. With GRID 2, the intention is to bring the sense of drama, tension and speed of racing to the player. We try to evoke this by any means possible in the game.

“We perhaps define ‘realism’ slightly differently – we want the game world to have soul and to feel alive – from the garage you work from, the particle effects you kick up on track or the crowds you’re there to entertain. We want a sense of occasion at the race events; a selection of only the most iconic vehicles that we hone tirelessly, a narrative wrapper for the game, which gives the player a singular goal and driving force behind their actions.

“And as you mention, the handling model plays an integral part in achieving this goal of realism and immersion too. The goal of TrueFeel is to ensure the player is always engrossed in the driving action, and that cars are true to character whilst being intuitive enough to get to grips with.

“I think that’s a real differentiator for us – we get the tech specs and we ensure that the base model for that handling is precise to what the manufacturers give us, but when you translate that through a wheel peripheral or game pad, it’s not always going to feel quite right with just numbers and specifications plugged in.

“So we bring in professional consultants who have driven the cars we’re building to give us an acid test – a measure of whether what they’re playing really stands out as the character of the vehicle, and what we can do to improve.” 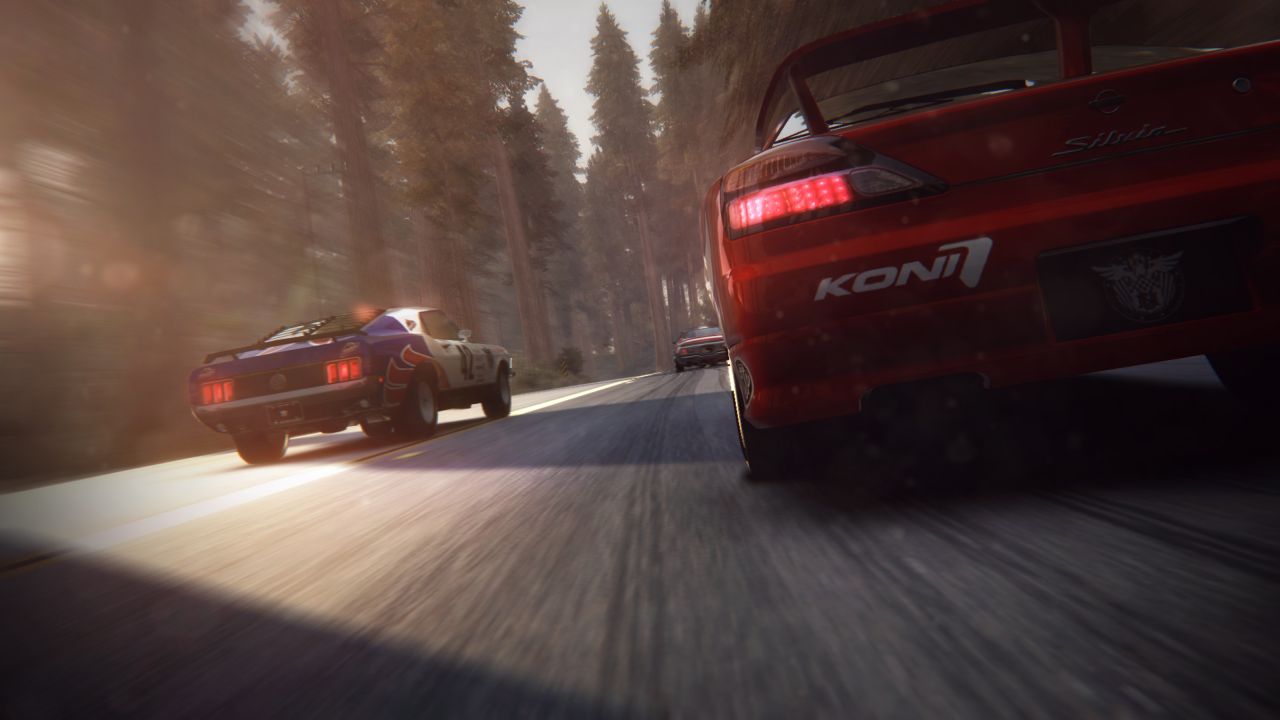 Earlier, Codemasters stated that only 5 percent gamers utilized the view in Race Driver: GRID and were thus omitting it for the sequel. In regards to games like DriveClub, releasing on launch day for the PlayStation 4, which feature highly detailed cockpits, we quizzed Smith on whether the number of games who utilized it in the previous game hadn’t gone up in the past few years.

“This subject has come up a number of times, and I’d actually point your readers in the direction of a blog post on the Codemasters forums for a detailed response on it. Essentially, we get our telemetry data from across all of our racing titles over the last five years and have a whole range of stats to support this.

It was decided during production that for the game overall, in terms of our resources, and in terms of what we’re bringing to the gamers – all of them, not just a proportion of them, that it was best to do this. Our call to action to gamers is that the improvements we’ve made elsewhere need to be played to be believed; so get the game and play it yourself.

“We are confident you’ll love the driving experience, and see exactly the benefits that this decision has brought.”