Codemasters’ GRID series has, more often than not, delivered some solid racing experiences over the years, and for fans of the series and the genre, the upcoming GRID Legends has been looking like a game worth keeping an eye on. In addition to promising improvements to the core driving mechanics and to the career mode and features such as the returning Nemesis system, GRID Legends will also boast major new additions of its own, such as the story-driven mode Driven to Glory, as well as new creation toolsets. To learn more about the game and what else it’s going to have in store for us, we recently reached out to its developers at Codemasters. Below, you can read our conversation with GRID Legends associate creative director Steven Brand. 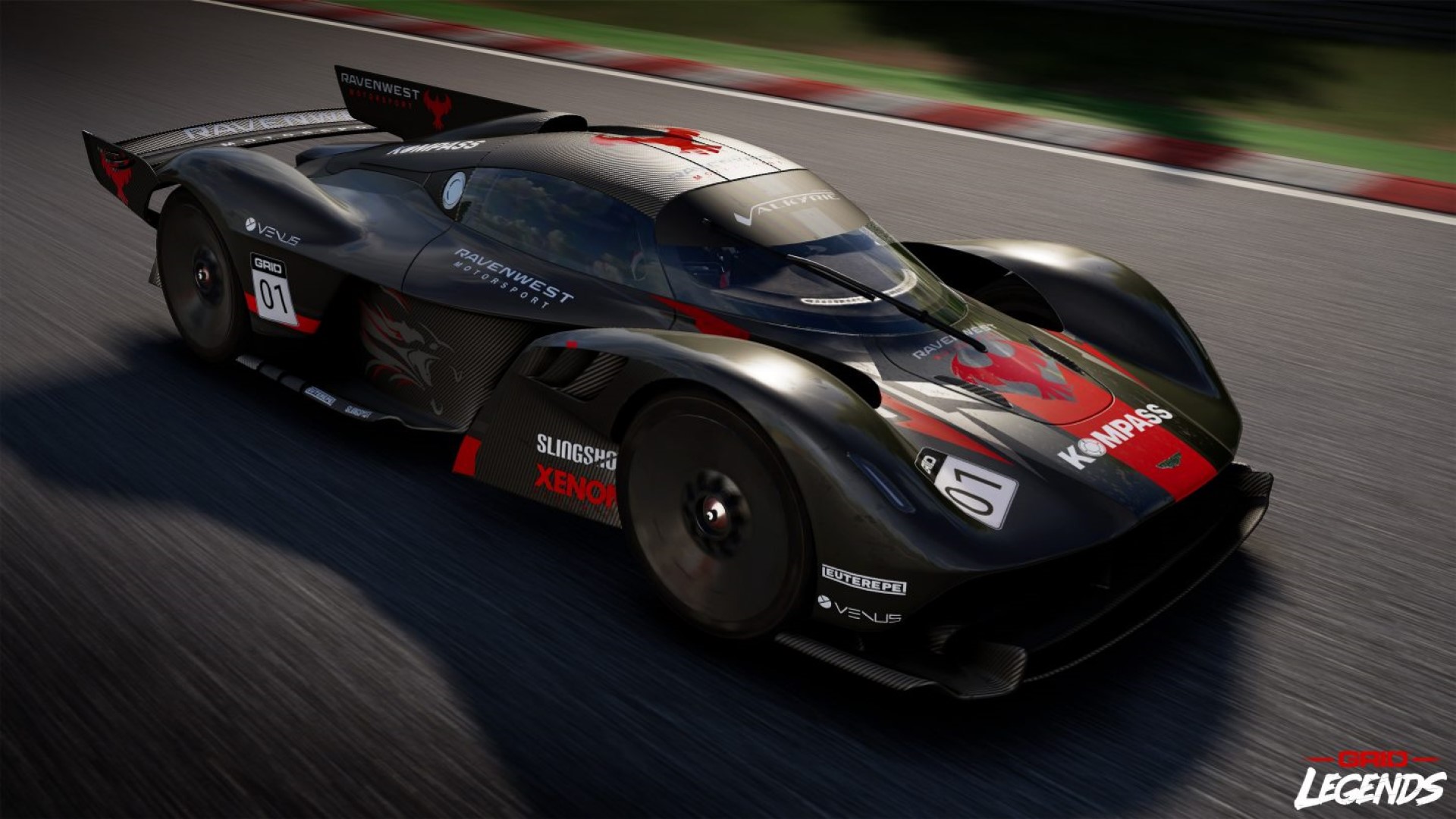 "We were keen to ensure that narrative was delivered in race as well as outside of the action and we feel we’ve struck a great balance between action and the off track drama. Presentation of the story has been balanced to deliver exciting key moments around the race events."

The Nemesis mechanic is making a return in GRID Legends. Can you talk about how it’s been improved and expanded upon for this game?

Nemesis will now persist between events, meaning that if you have created some beef with another driver (AI or human) you’ll see them lined up in the pre-race screen so you can get a picture of who to avoid or get involved with from the start! Although we can’t control what human players will do, AI Nemesis will show more aggression when you are close, so giving them space is advised if you want to avoid their anger. In GRID Legends, you can upgrade your Teammate’s skills to ‘Nemesis Protector’ where he will actively look to block drivers in the race marked as your Nemesis.

GRID Legends’ new story mode is another one of its major new additions. What can you tell us about that in terms of how it’s structured and how long it will be?

The story campaign in GRID Legends is approximately 8 hours long and focuses on the previous year’s World Series. We took inspiration from Netflix’s excellent ‘Drive to Survive’ and have an episodic structure to the way the events are unlocked, in addition players are given specific objectives when entering an event. The modern documentary style has been achieved using live footage, on track captures and choreographed in race events. Our talented cast is led by Ncuti Gatwa, as seen in Netflix’s Sex Education, were filmed using similar virtual production techniques used in the Mandalorian with amazing results.

GRID Legends is a classic underdog tale, the player (Driver 22), joins Seneca Motorsport to compete alongside their current number one, Yume Tanaka, to take on legendary teams like Ravenwest!

What sort of a balance does GRID Legends’ story mode strike between the narrative and the actual racing and gameplay aspects?

We were keen to ensure that narrative was delivered in race as well as outside of the action and we feel we’ve struck a great balance between action and the off track drama. Presentation of the story has been balanced to deliver exciting key moments around the race events.

New creation mechanics are also being introduced in GRID Legends. How expansive will that toolset be?

Players can choose any of the game content to create their events e.g. the car class, route, weather, race mode etc.. We have also added a handy ‘Randomise’ button to create even more unique experiences. Any events created can then be hosted online to play with your friends or for other players to ‘hop-in’ to. So If you want to set up a 99 lap challenge around Suzuka racing GT1 monsters or a classic Mini race around London with ramps and boosts, the choice is entirely yours!

GRID Legends’ Race Creator has a massive number of combinations… we haven’t actually done the math! The race creator will continue to grow as service content is added, further increasing the possibilities for unique and fun experiences. 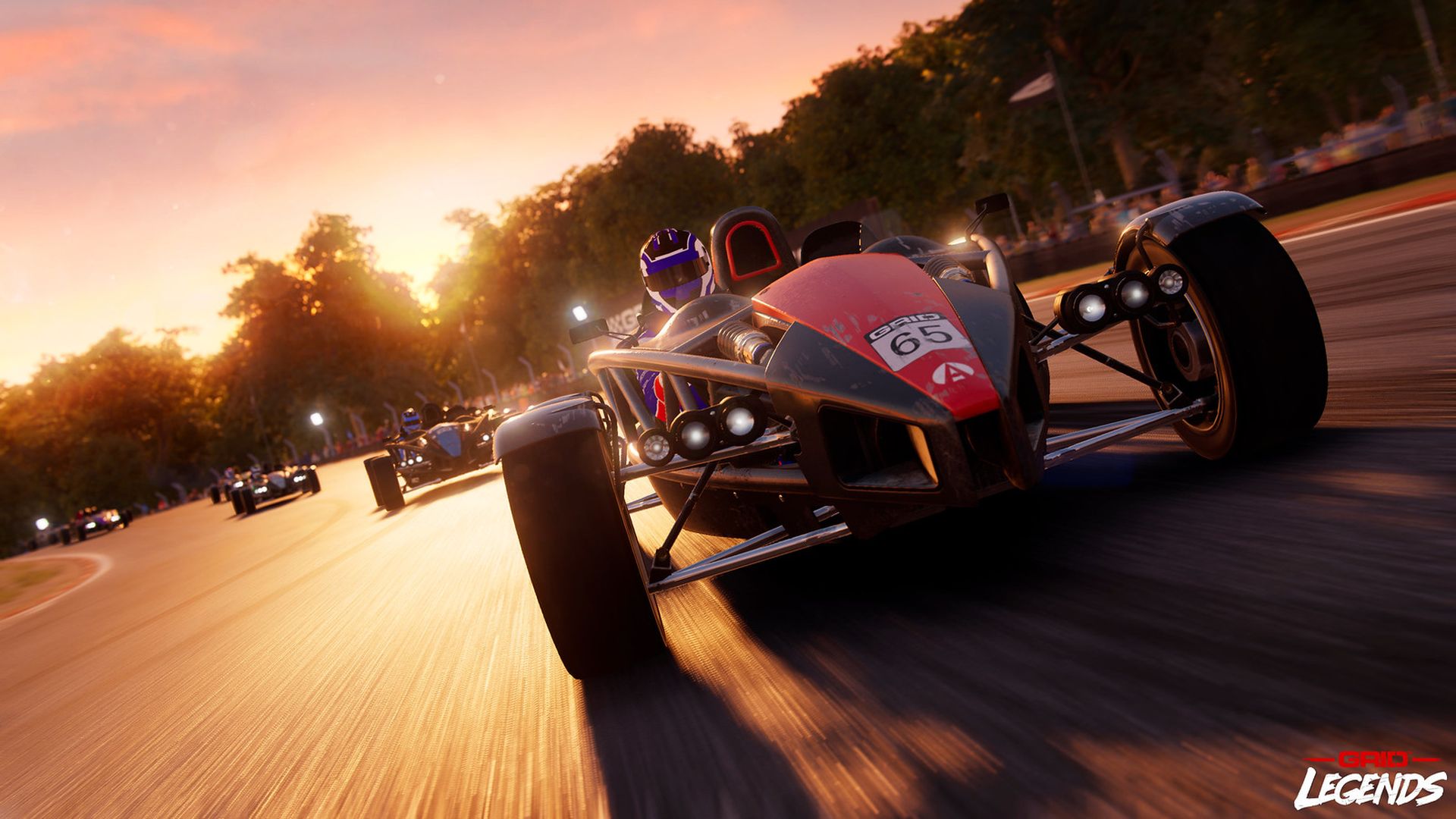 "GRID Legends’ Race Creator has a massive number of combinations… we haven’t actually done the math! The race creator will continue to grow as service content is added, further increasing the possibilities for unique and fun experiences."

What are the biggest improvements and changes players should look forward to in the career mode?

Variety has been a key focus when developing GRID Legends and as such the career mode is a great showcase of this. The handpicked vehicle line up, new and returning locations as well as the variety of race types (Including Drift, Elimination, Time Attack and Multi Class racing alongside more traditional lap-based Circuit races) keep the career mode fresh and exciting. In addition, the AI improvements and ability to upgrade both your Teammate and Mechanic also help to build and develop the racing narrative to keep players engaged while playing through our new career mode.

The career can also be taken online allowing other players can hop-in to their events, or if they so wish, the host player can limit those who are joining to friends only with a ‘co-op’ approach

Multiclass racing is a new addition to GRID, which creates some interesting on track experiences. In one career event you can choose to race a Rookie Open Wheeler against the massive Dumont Colossus Trucks. Threading your way between the trucks on the streets of Chicago as you attempt win the race is certainly a new experience!

Elimination and Drift make a welcome return to GRID, each bringing their unique challenge and fun to the game. We’ve included both in multiplayer as they add very different dynamics to the experience.

What are your post-launch plans for GRID Legends? Can players expect a healthy stream of updates and new content once the game is out?