Grinder stays FPS on Wii, top-down actioner for 360 and PS3

Grinder, first announced as a Wii excluisve, will also be seeing the light of the day on the Xbox 360 and the PlayStation 3. But according to the developers the hardcore console version will be a top-down actioner. High Voltage’s chief creative officer, Eric Nofsinger said: 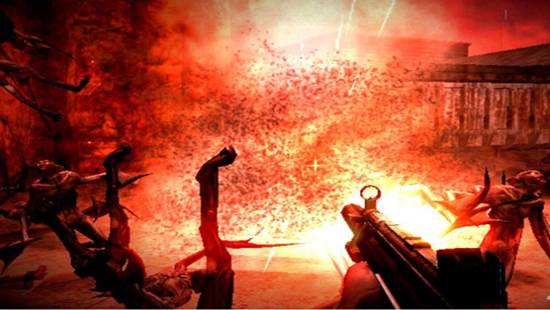 “The expansion of Grinder to 360 and PS3 and its subsequent change in gameplay and perspective has been somewhat misinterpreted as a universal change across all platforms, We still genuinely love the Wii and would ideally like to see a publishing partner pick up both a FPS Wii version and a third-person action version specific to the 360 and PS3.”

“We have invested more than year into the Wii; the game is extremely fun, and frankly, we wouldn’t want to see that work ‘thrown away, But when we decided to add the 360 and PS3 platforms it didn’t seem to make much sense to jump on the rainbow chasing treadmill of trying to do the same game for such dissimilar consoles and end up short changing one or the other.”