Posted By Kartik Mudgal | On 01st, Jul. 2012 Under News | Follow This Author @KartikMdgl

According to a recent GamesCom 2012 trailer, if you pause the video at 1:50 and look closely, you can see a short clip of Grand Theft Auto V. If that doesn’t give you any encouragement, Take-Two will be showing its wares at the event. We have embedded the trailer below, so check it out.

In another news, a fan got so desperate that he lost his mind: “In february you said that you will start talking about gta v in a few months and its been 4 months and nothing. i thought you will release info at e3 because when i hear a few months i think 3-4 months,” he wrote incoherently demanding Rockstar support for a release date.

To which the support guy replied in a very hilarious way. Check out the image below after the trailer. (via GameRanx) 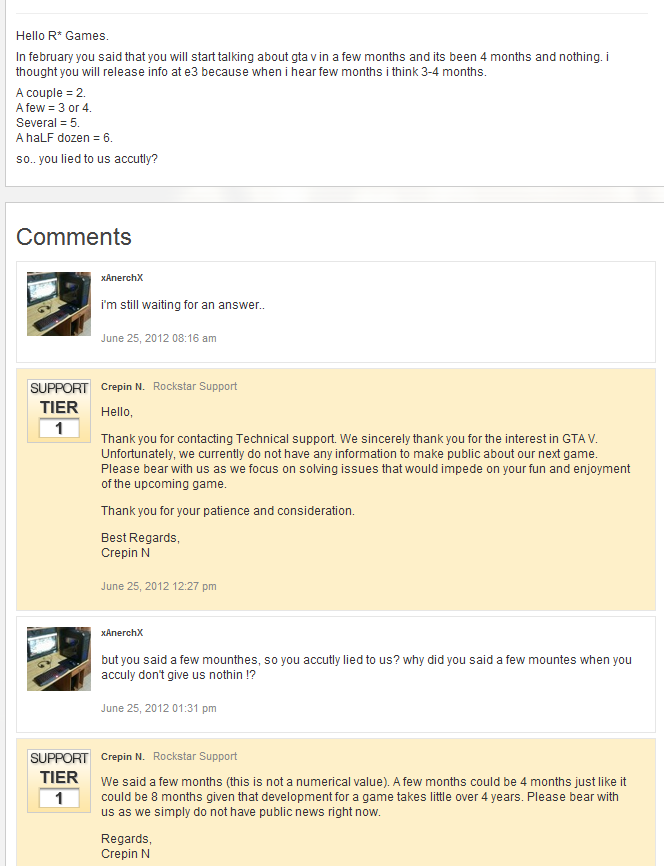