It’s already looking amazing and this is just a work in progress. 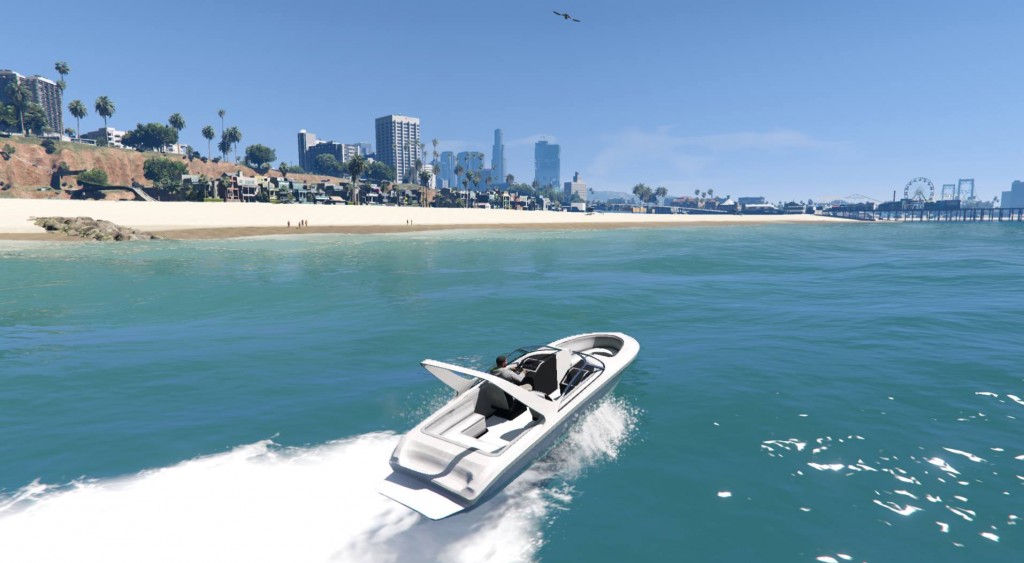 The chances are good that if you ever played GTA IV on PC and stepped into the modding scene or perhaps both at the same time, then you know about the iCEnhancer mod. A gloriously powerful mod that turned the bland and drab world of GTA IV into a near photo realistic version. We already know that the iCEnhancer people are working at getting the mod into GTA V, having spoken out on Facebook about it straight after the game launched.

Now however, we have the first gameplay footage of what you can expect thanks to a WIP progress build of the mod being used. Needless to say, it’s fairly beautiful. Speaking about it, Hayssam Keilany, of iCEnhancer fame, has said, “The first timecycle mod for GTA V.”

“I did that quickly though and blindly but it’s already pretty cool for the future. I removed the DOF weird noise shit during player transition and weapon changing, reduced the fog amount, i hated it, removed the blurry background, changed the sun color to something more neutral, less brown. changed the water, and removed the post effects for each character (as you may know, each character in V has their own post-processing).”

GTA 5 is now available on all popular platforms which includes PS4, PC, Xbox One, Xbox 360 and PlayStation 3. Stay tuned for more news and updates on GTA 5.