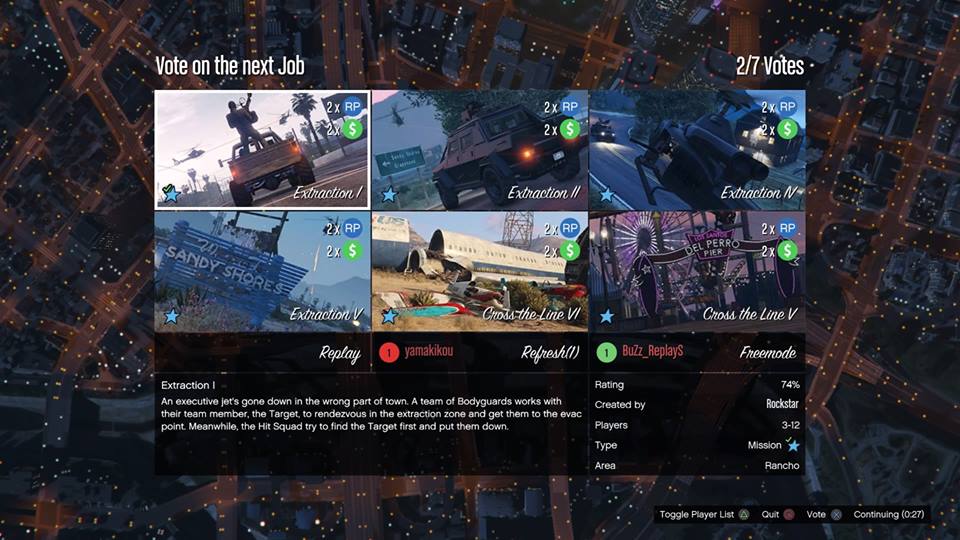 In case you are, for some reason, still playing GTA: Online, the online mode for Grand Theft Auto V that was launched two years ago, a little after GTA V itself, is currently having an event where players will get payouts of double the cash and RP that they ordinarily would- through select modes, anyway.

Apparently this is being done to celebrate the launch of the Executives and Other Criminals DLC pack that was launched yesterday; the bonus cash and RP can be availed in the Adversary modes, including the new Extraction mode, which sees teams hunting or rescuing a VIP from a downed jet. You can get as much as $30,000 in a single session- which is quite a bit.