GTA Online Will Soon Be Getting ‘Transform’ Races 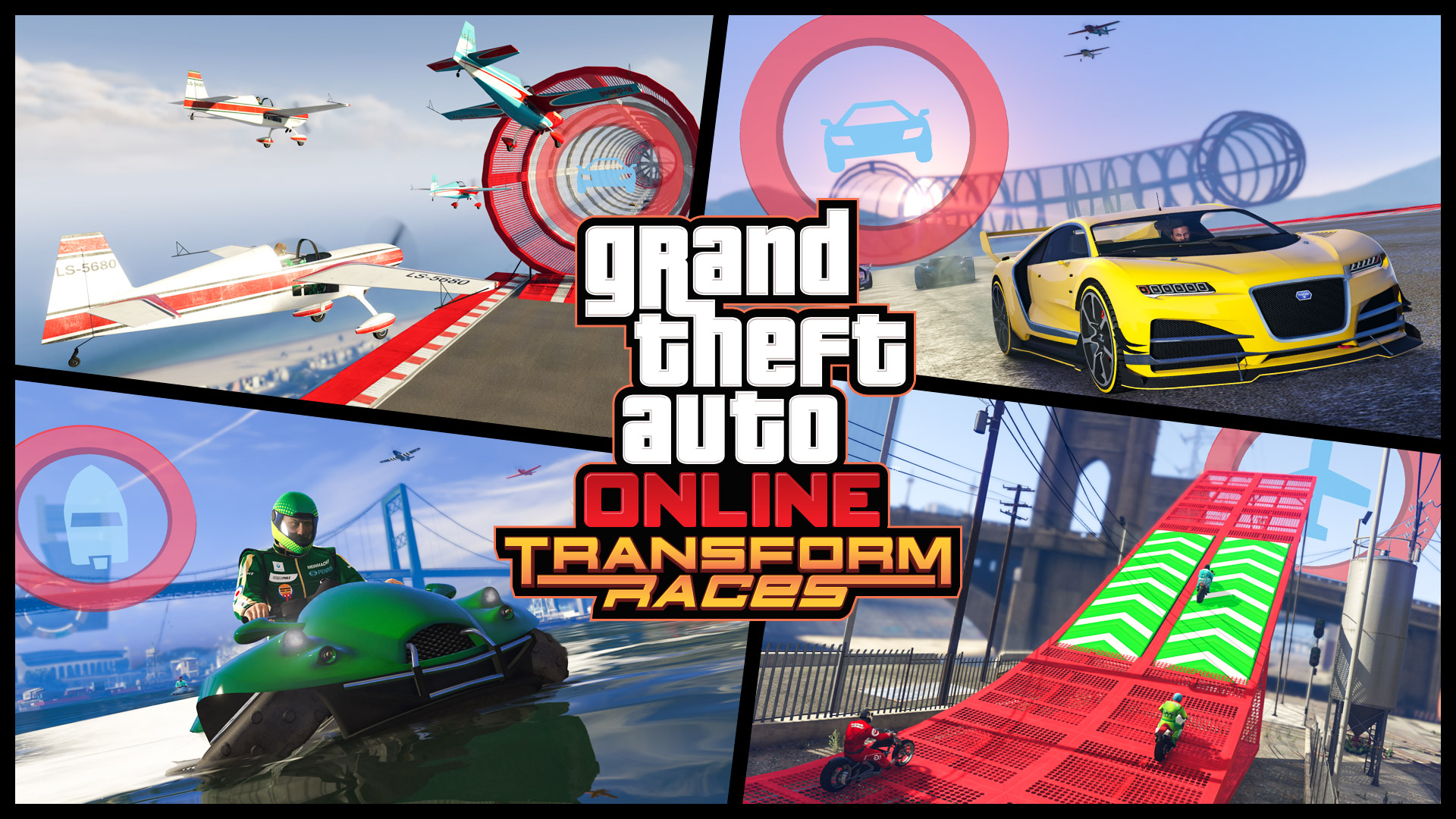 Mario Kart and Sonic and Sega All Stars Racing Transform are rather interesting games- freed from the constraints of having to be realistic in any way whatsoever, they offer races that allow players to go over land, under water, and through the air, sometimes all three in the span of a single lap in a single race.

It sounds like something similar might be coming to GTA Online, too. Rockstar has announced ‘Transform’ races, which will new and unique stunt tracks that seamlessly transition across land, sea, and air, going through the full range of available vehicle types – everything from Supers and Off-Roads, to Boats, Planes, and Helicopters – with even some skydiving thrown in for completion’s sake.

That apart, two new Adversary modes will also be coming to the game, an aerial combat mode Dogfight, as well as a free for all mode Condemned. For the former, you might want to use the Hunter Attack helicopter; but for those of you who like your feet firmly planted on the ground, you are in luck, too, because Rockstar has confirmed that the the classy Coil Cyclone supercar and the menacing Vigilante will both soon be available too.

GTA Online is available on PS4, Xbox One, and PC.