You can purchase chips with real money, but you can't cash out. 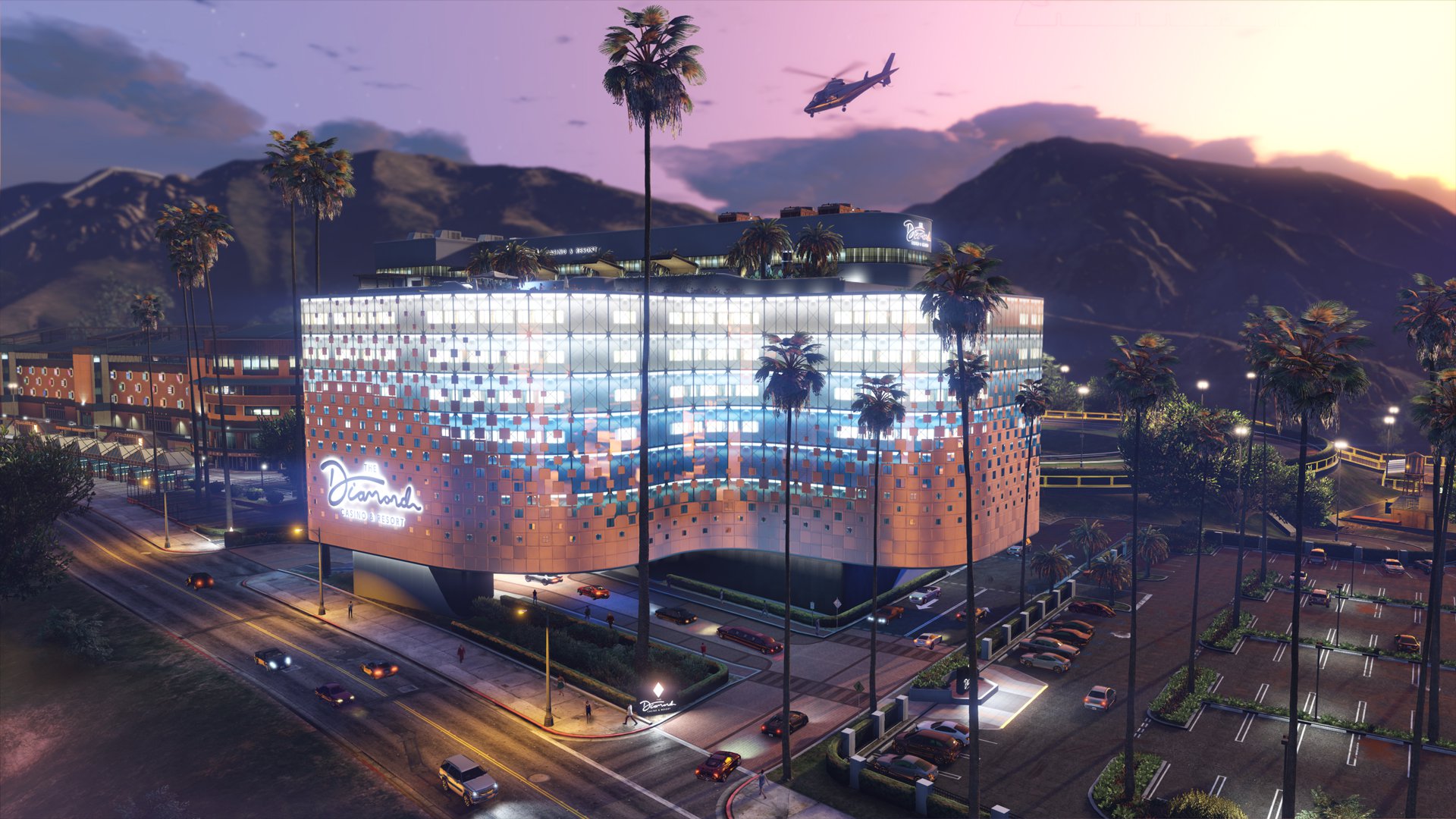 The Diamond Casino is a location in Grand Theft Auto 5’s online component, GTA Online, that has remained closed for as long as it’s been around, but with the game’s latest update, Rockstar have opened it up to all players- and while some are excited about the prospect of its opening and about being able to participate in new activities, many have pointed out its problematic nature.

A standard membership to the casino costs GTA$500. GTA$ can, of course, be purchased within the game using real money- which means that you can purchase chips to gamble in the virtual casino using real money as well. That can be problematic in and of itself, given that it’s literally gambling, and the fact that GTA 5 and its online component have a huge teenage audience (even though the game is officially rated as an 18+ title).

What’s even more problematic, however, is that you can’t cash out. Your winnings are restricted to in-game items and currency, and there is, of course, no way of converting this to real money. So you can spend real money to buy chips, but you don’t get any real-world winnings- which, many would argue, makes it even worse than real gambling (though it should be noted that there is a limit on how many chips you can purchase in the casino per hour, while you can also receive daily visit bonuses of a thousand chips).

Casinos and virtual gambling in games is by no means new – the likes of Yakuza, Red Dead Redemption, Dragon Quest, Pokemon, Grand Theft Auto itself, and countless other titles have featured gambling mini-games in the past – but the double whammy of having the option for real-money transactions and having no real payouts makes this problematic.

Rockstar hasn’t yet commented on the matter, but we’ll keep you updated in case there are any new updates.