Fabula Epica goes back to the past with its episodic turn-based RPG.

There are plenty of games which purport to capture the feel of RPG classics from the 90s and Fabula Epica’s Guardians of Arcadia is perhaps one of the few worth looking out for. With a heavy emphasis on exploration, turn based strategic combat and episodic presentation, it’s one of the more interesting spins on the old-school RPG format that we’ve seen.

To learn more about it, GamingBolt got in touch with David, the developer behind the game, and asked about the overall design, what challenges were faced during development and more. 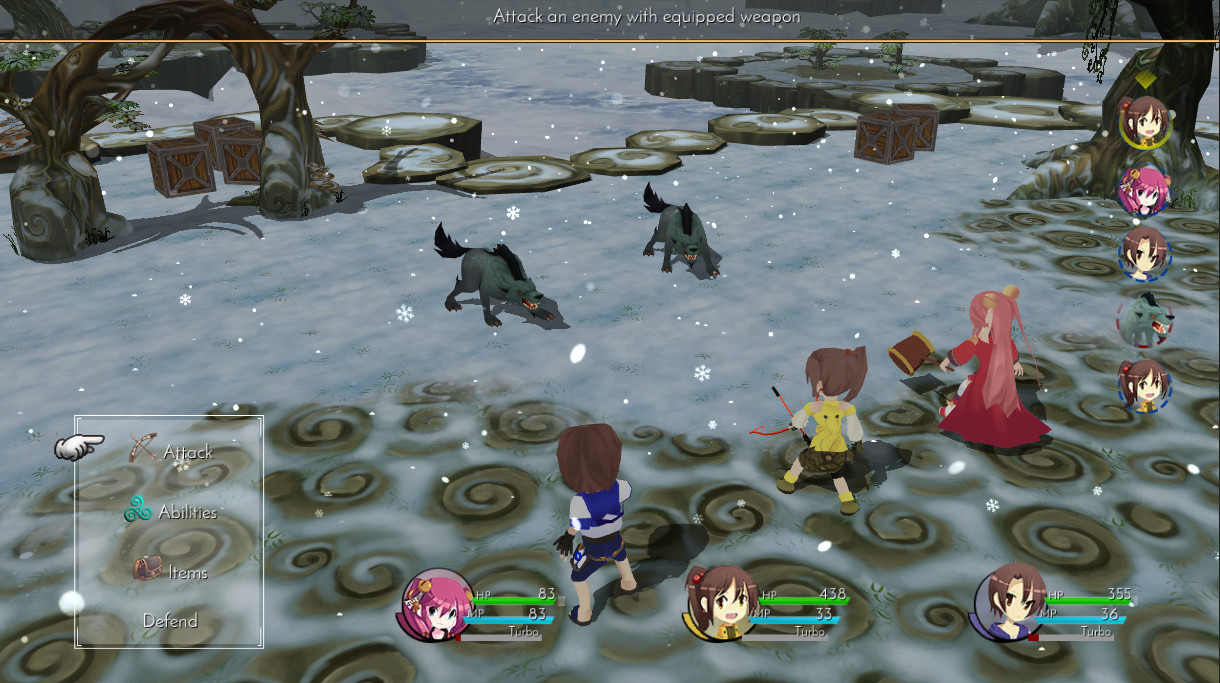 "By doing an episodic RPG, I receive the feedback from players and in time, I can improve the overall project."

On the surface, what inspired you to look back at classic JRPGs and take inspiration from many of their tropes? What games in particular did you find the most influential (both to development and from that era in general)?

Guardians of Arcadia is a homage to the genre I love and most played in the 90’s. After the PlayStation 2, the genre began to shift to be more action oriented and become more “mainstream and not a niche”. I never felt JRPG was a “niche” genre. JRPG always sold well and the numbers show it. After that, JRPG became more like an Visual Spectacle and lost some important features like an open world and the strategic, more complex battle system. Guardians of Arcadia tries to recover those features. My favourite JRPG and the most influential for me is FINAL FANTASY IX.

How long has Guardians of Arcadia been in development and what challenges have you faced thus far?

The vertical slice was made in 2015, and I announced the game on a Game Dev Event on Microsoft in Lisbon. The Game has been in development in part-time regime during 2015. 2016 the project was suspended, due to personal issues. My mother was diagnosed with cancer, so I needed to make a choice. Family first. Sadly, I lost my mother.

After that, developing the game helped me mentally, because losing someone you love is very hard and complex. I can say that developing this game has made me mentally sane. It’s complex. The game resumed it’s development in 2017. I’m doing the game by myself apart from some stuff like artwork, music and some more complex 3D and animation that are made by a third-party when needed.

What motivated you to release the game in episodes? How many can we expect in total and when do you believe the entire game will be complete?

The game initially was designed to be a 30 hour game, but due to time, budget and personal constrains, I needed to redesign the game because doing a 30 hours RPG alone is not realistic. By doing an episodic RPG, I receive the feedback from players and in time, I can improve the overall project.

How are you expanding on some of the well-worn JRPG tropes like turn-based combat, chibi characters etc.?

The game’s development is based on doing a homage. I’m not breaking the wall and bring something new and trying to revolutionize the genre. Don’t fix what isn’t broken. My goal is to deliver what fans want. 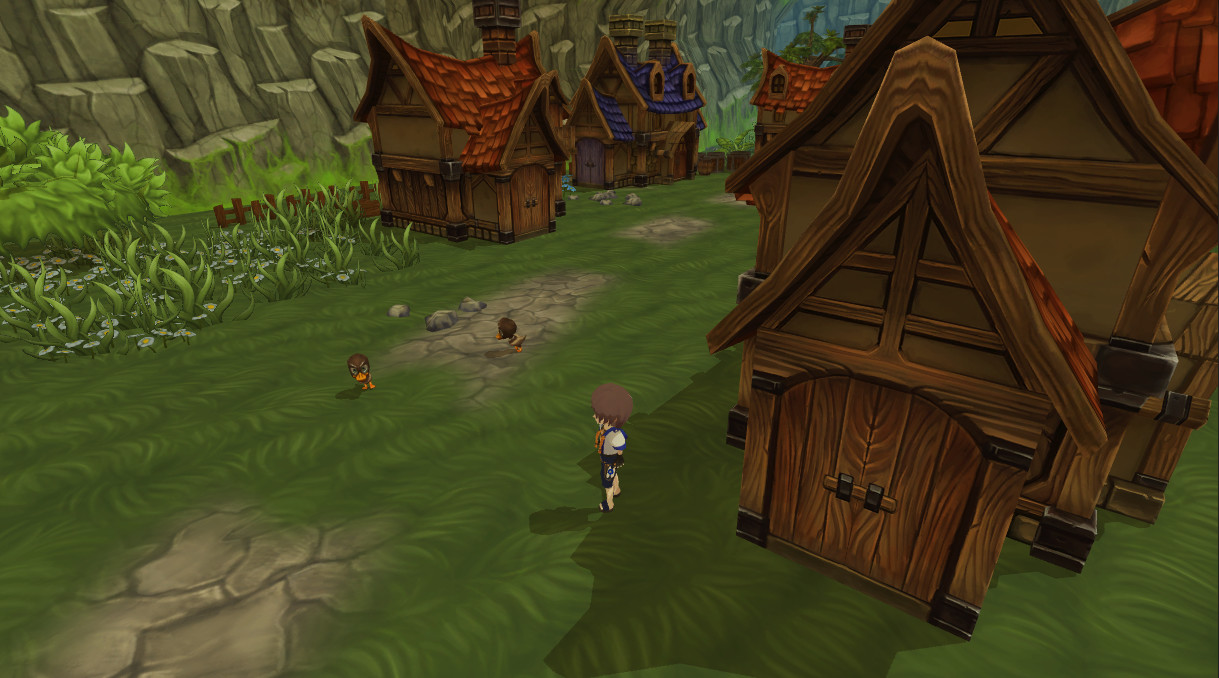 "The cutscenes of the game will be very similar to a Persona game. It’s storytelling will be very natural and not invasive."

What can you tell us about the main characters? What party members will be encountered and how was the entire process of characterization, from pre-production onwards?

If you look closely on the logo, there are 5 characters. In the game, there will be 5 playable characters that have unique abilities. It can swap then in-battle every time you want. In terms of pre-production was very simple. I wrote on paper the storyline of every character, it’s abilities, and overall design; delivered it to the artist and she designed the characters based on that Game Design Document.

How large is the world of Arcadia and what kinds of vehicles will players have for exploring it? Will these vehicles offer new areas or secrets to uncover?

There are going to be two types of vehicles, but I can’t give more details at this moment.

Can you tell us about the side quest and mission design? What kinds of scenarios will players find themselves engaged in?

There are going to be 3 types of side-quests. I can’t give more details at this moment about the side-quests.

Given how Guardians of Arcadia goes back to a more old-school style of gameplay, how does that affect the story-telling? What do you feel about the old JRPG style that offers a more compelling medium for stories as compared to today’s RPGs?

The cutscenes of the game will be very similar to a Persona game. It’s storytelling will be very natural and not invasive. I think you loved the genre back then will enjoy the game. That’s the feedback I got so far on showcasing the game on events.

How long will each episode be? Will there be additional content for players to find?

Each episode is estimated to have 10-12 hours of gameplay. It will depend on the style of play. 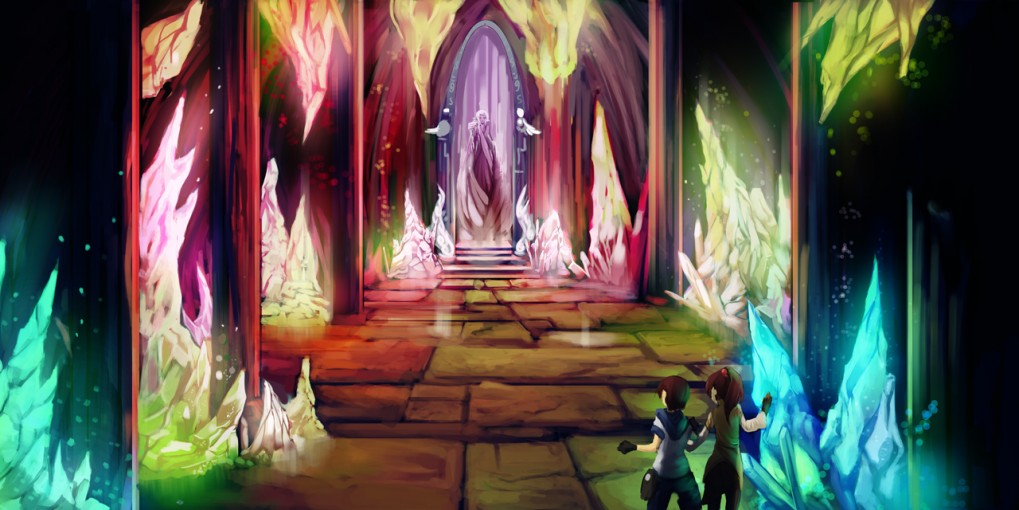 "Having a common architecture is very good because porting a game is a lot easier. Hence now you have more multiplatform games. It’s good for the industry and for the players."

Is there anything about the Xbox One X that shocked or surprised you?

My work on Xbox is very early, I can’t give more info about it’s development because developing for an console it’s a territory I’m never been in. Microsoft have made it compulsory for developers to make their Xbox One games compatible with Xbox One X and vice versa.

Xbox One X has compulsory backwards compatibility with the base Xbox One. Do you think this will hold back the potential of Xbox One X?

Depends on the developer. Today everyone is focused on 4K, because not everyone has a 4K TV. If I had the resources to make a AAA title, I would be focused on improving the game’s overall that just only focusing on 4K. I prefer having a better game with more content on 1080p than having just 4K. But that’s my point of view.

What are your thoughts on the Xbox One X’s x86 architecture which is also used in PCs?

Having a common architecture is very good because porting a game is a lot easier. Hence now you have more multiplatform games. It’s good for the industry and for the players.

When will the first episode release and what is your current target for the full game?

The game’s release is aimed for 2018. Since this is mostly a solo project, I only can give more details afterwards.

Tagged With: Fabula Epica, Guardians of Arcadia, pc, Xbox One