Half Life 3 – What The Fans Want

People can come up with amazing things.

People are looking forward to Half-Life 3 and some fans have discussed about features and the story they would want if Valve does announce the game.

As you know Half-Life 2: Episode 2 ended in a cliffhanger and it would be interesting if the next game picks off from there.

One fan from Reddit wrote, “Will we begin with another Gman monolouge? Will we see the inside of a helicopter sitting across from Barney and Alyx on our way to the Borealis ? Will we wake up in a cold cell in a Combine prison, realizing the resistance has finally been broken by the Combine?”

Here’s his complete post, it’s quite intriguing so check it out. 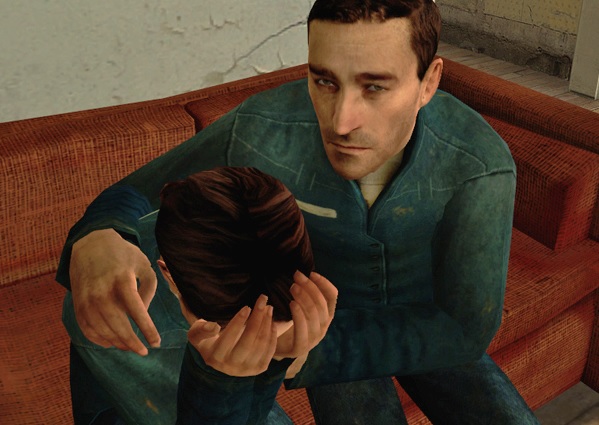 “Of course you do. These two are the epitome of hoplessness in the begining of Half Life 2, with the woman saying things like “What are we going to do?” and “When is it all going to end?”, and the man can only sit by her and give a few words of comfort despite knowing they’re both very likely doomed.

“They show up a few times later, now with the Resistance, and we can assume they’ll be alive at the beginning of HL3. Now, as we know, the Suppression Field is now out of commision, so the Humans of Earth are now able to reproduce again. (I think you see where I’m going with this now).

“I’m going to guess HL3 will begin a significant amount of after Episode 2 ended, because I doubt Valve would want to start off almost immediately after you know what happens, they’ll probably want the in-game characters to have already come to terms with such an emotional defeat, because they’ll know the fans are probably over the shock after 6+ years.

“But how long would be the right time be to allow for such a thing to happen while still allowing characters to be somewhat mournful? I’d say about a year, or at the very least… 9 months. So here’s what I REALLY want to see in Episode 3. These couple (image above) in a hospital room where the woman is about to give birth. (Gordon would be present just because I guess. Hell, he’s a doctor, maybe he’s even delivering the kid himself?)

“Anyways, I think this would really strike a chord with everyone because this child would be the first human to be born in over 20 years, and that would be an IMMENSE sign of hope for the Resistance.”

Wow that was something, wasn’t it? What do you think about it? Let us know in the comments section below.