The 3-4 hour-long story is set after the campaign and sees Alyx investigating a mysterious floating building in Sector X.

The sale will be live until November 29th, 10 AM PST. Nominations for this year's Steam Awards are also available later today.

Assassin’s Creed Valhalla is Coming to Steam on December 6th

The franchise finally returns to Steam, just in time for the release of The Last Chapter. Anno 1800 and Roller Champions are also coming.

Valve has added new language features to Steam, allowing users to pick from over 100 languages in their discovery and search for new games.

An upcoming update may soon allow Steam users to download their games from a local system over LAN without having to go online.

In the newest beta client for Steam, the Steam Deck's version of the Big Picture Mode UI is now available to PC gamers. The UI can be used by opting into the Steam client beta.

The online platform hit an all-time peak of 30,032,005 million concurrent users yesterday, likely due to Dota 2's The International tournament. 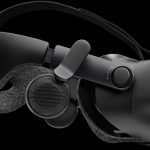 Valve Seems to be Working on a New VR Headset, as Per New Job Ad

A new Valve job listing says the company is looking to staff up as it looks to "achieve the next steps in VR with millions of customers world-wide."

Try out demos for upcoming indie games during the latest iteration of Steam's Next Fest. Developers are also livestreaming their games to answer viewer questions.

According to a talk given by one of the developers behind the desktop environment running on the Steam Deck, Valve has shipped over 1 million units of the system.

Valve seems quite happy with the pre-order response to the Steam Deck in Japan, and states that the country is seeing the biggest growth in PC gaming.

Valve has announced a change to its schedule of its big four seasonal sales. Starting from 2023, the Lunar New Year Sale will be replaced by a new Spring Sale.

Valve has released a new Steam Charts page for Steam, which shows off quite a few metrics, such as concurrent online players and top-selling games.

Valve has updated the Steam store to now feature hubs based on various categories, tags, and genres. These hubs will be personalised for every player.

Valve Has “a Lot of Games in Development”

Valve's Greg Coomer says the company still remains focused on developing video games, in spite of the growing success of the steam deck.

Valve Designer Believes We Will See a Next-Generation Steam Deck

According to a Valve designer, it is quite likely that we will see future generations of the Steam Deck. Valve itself also believes this according to an earlier report.

Valve Confirms it Will Make More Iterations of the Steam Deck

In an official booklet, the company has confirmed that the Steam Deck is a "multi-generational product line" and that it plans on "bringing new versions of Steam Deck to market."