An amalgamation of previous DLC, the Champions bundle is lacking in new content, but new maps, modes and cosmetic options are decent for the most part.

Regularly udated DLC is part and parcel of the online FPS these days. No sooner have you learnt your way around the base game that a new slew of maps come in to push you out of your recently acquired comfort zone. What you don’t often see is a DLC bundle released so soon after its constituent parts have hit the marketplace. Released outside of the season pass program, the Champions bundle is here to offer a value pack for those who missed out on the Bullseye, Steel Skin and Infinity Armour packs.

The Bullseye pack is the meatiest and most engaging addition. Two maps are the centerpiece, with Pitfall, a remake of Halo 3’s The Pit being of initial note. Not much has changed in the map outside of a grav lift being added and a more rusted aesthetic, but that isn’t necessarily a bad thing. Pit was the unsung hero of the base Halo 3 experience, sporting tense sniper tower duels, long corridor battles of attrition and that one guy who always camped the bloody sword room. It’s nice to see it return once more with a new lick of paint, but I would argue that it’s a little having half of the maps in the bundle taken up by a remake. 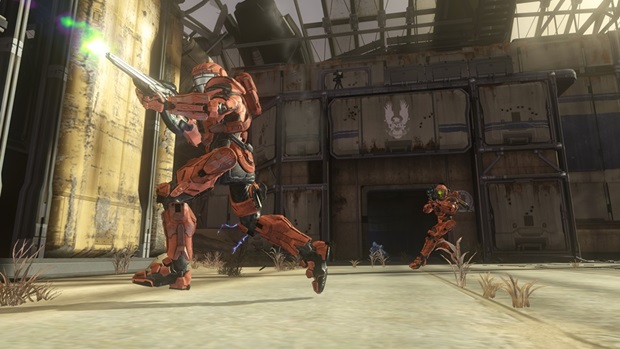 The other map, Vertigo, is actually new and features a smallish cliffside setting housing two central bases. The environment can be used to your advantage though, as each base has a button that, if shot, overloads the base’s electrics. This shorts out your shield if stood on the bases main platform, and it gives matches on Vertigo a better sense of flow than elsewhere in the game. Most maps see two teams camping the respective bases, but overloading a base forces its inhabitants out of cover in a way that leads to dynamic matches. Better players learn to watch out for it though, so it never feels overpowered.

"Donning the Mark V armour again is a joy and, though I generally dislike paid cosmetic upgrades, the addition of the Infinity Armour does no harm to the value of the Champions bundle."

The other part of the Bullseye pack is Ricochet, a mixture of conventional Halo objective modes and American Football in a new gametype with its own playlist. You have to grab a ball that spawns in the centre of the map and move it into your opponents’ base. You can throw the ball as you do a grenade, but running it into the base rewards the risk with extra points. It’s fun, frantic and has enough depth to keep things interesting. I never did get tired of throwing the ball at an oncoming adversary and watching as he suddenly found he wasn’t able to shoot with the ball in his hand. Priceless.

It doesn’t reinvent the game or anything, but it’s a great addition all the same.

It is with the cosmetic upgrades that things get a little worse. The Infinity Armour pack isn’t so bad, combining a slew of new and old armour types to really tickle the funny bones of Halo veterans. Donning the Mark V armour again is a joy and, though I generally dislike paid cosmetic upgrades, the addition of the Infinity Armour does no harm to the value of the Champions bundle. 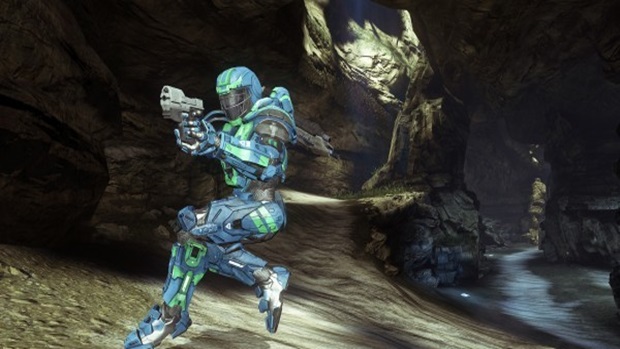 It’s the Steel Skin pack that really loses the plot. Supposedly “steam punk” skins for Halo 4’s arsenal, it just paints your assault rifles and DMRs in increasingly dull shades of copper. Not only that but, as you don’t have to buy these with in-game credits, it also has the potential to break the game’s internal economy and upgrade systems. I’d rather it just wasn’t there at all.

"My issue with the Champions bundle is its reason for existence. The focus on cosmetic content pitches it as a pack for the dedicated fan, but the hardcore would already have most of this DLC from the season pass, or from their own dedication to the franchise."

There are a few extras thrown in exclusively for the Champions bundle. A variety of new stances are available to spice up your ID card, and the addition of the resistor passive ability allows you maintain full mobility, even when under fire. They aren’t total game changers or anything, but the truly dedicated Halo fans will no doubt feel obliged to get a hold of these extras.

My issue with the Champions bundle is its reason for existence. The focus on cosmetic content pitches it as a pack for the dedicated fan, but the hardcore would already have most of this DLC from the season pass, or from their own dedication to the franchise. If you’re a more on and off fan looking for new content, you’re much better off purchasing the Bullseye pack separately. At about half the price of the Champions bundle, it has the two maps and new mode that actually offer new content for the game. If you must have the new cosmetic items though, Champions will serve you well for the most part.

New map Vertigo is great, The return of the Pit is welcome, New stances are a treat, Mark V armour returns

Steel skin weapons are rubbish, Only one new map, Sheer focus on cosmetics makes the bundle a hard sell

A somewhat underwhelming amalgamation of previous DLC, the champions bundle is one part awesome maps, one part retro cosmetics and a final part consisting of irrelavent weapon skins

A copy of this game was provided by developer/publisher for review purposes. Click here to know more about our Reviews Policy.
Tagged With: 343 industries, Champions Bundle, DLC, halo 4, Microsoft, review, xbox 360