Halo: The Master Chief Collection Will Launch In Its Entirety On PC This Year

By the end of this year, almost the entire Halo franchise should be on PC.

Halo: The Master Chief Collection was announced for PC earlier this month during an Inside Xbox episode. It won’t be launching all at once, though—Splash Damage, who are handling porting duties for the PC version, will be bringing them one at a time, starting with Halo Reach, and then all the other games through to Halo 4.

And they intend to have them all out by the end of the year, they revealed in a newsletter they sent out today (via ResetEra). Given that there are six Halo games in the Master Chief Collection, and nine months still remaining, they have enough time to get them out at a healthy enough pace where no release will cannibalize the others. But as of right now, we don’t know when the releases begin—which is to say, we don’t know when Halo: Reach launches on PC, kicking the cycle off. Let’s hope it’s some time soon, anyway.

Halo: The Master Chief Collection is out now on Xbox One. 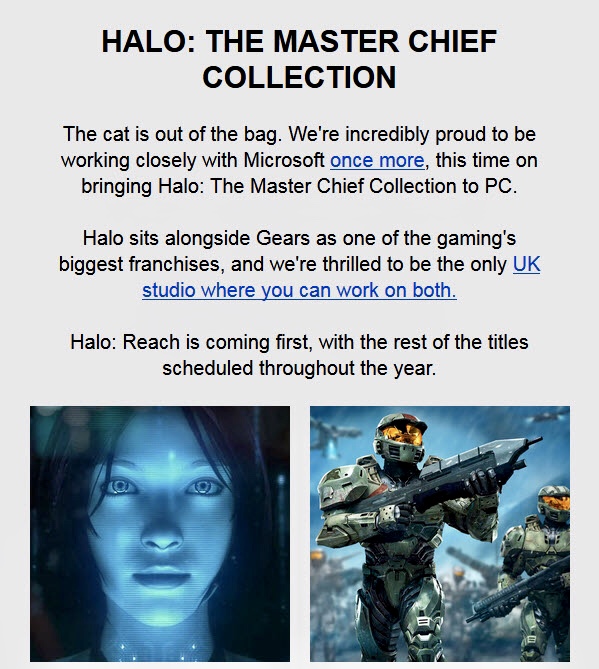