Halo Wars: Definitive Edition May Be Coming To Steam

You may soon be able to play Ensemble’s last game on Steam. 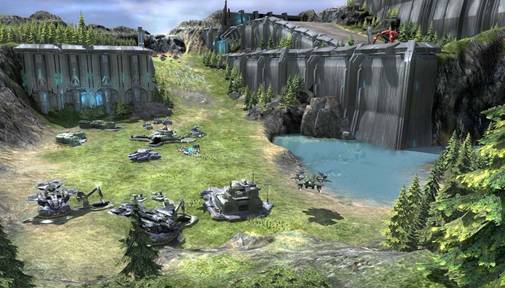 Halo Wars: Definitive Edition, the Xbox One and PC remaster of Ensemble’s original Halo RTS, may be launching on Steam. Much like most Microsoft games, the PC release of the title so far has been exclusive to the Windows Store- however, according to known leaker Gamecheat13, Halo Wars Definitive Edition could be making the jump to Valve’s storefront too.

This wouldn’t be the first time since the Windows Store became a thing that Microsoft will be launching a game on Steam- it has done so with Quantum Break previously, and it has also allowed titles such as Dead Rising 4 and Rise of the Tomb Raider to show up on Steam. It seems like games that are deemed strategically less important to the company are put on Steam, possibly as a way to hook customers, and induce them to the Windows Store for more.

All of which is to say- while Halo Wars may be coming to Steam, I wouldn’t expect Halo Wars 2 to. Or any other major Microsoft game, really.

For those that don't think my word is good enough. pic.twitter.com/m1KFbchYER