Hard Reset Redux Coming to PS4, Xbox One, and PC

The cult classic gets another chance to shine. 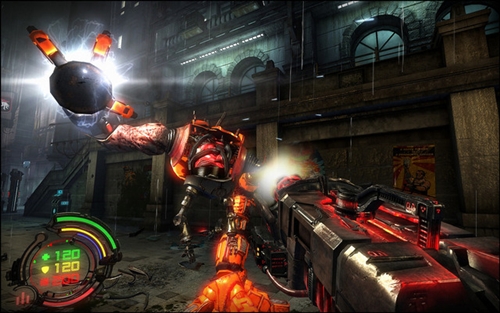 Hard Reset will be getting a new re-release, featuring tweaks to the game balance, new weapons, new enemies, and of course, updated graphics. Hard Reset Redux has been announced, and it will be launching on the PlayStation 4, Xbox One, and PC some time soon.

Chief among the new weapons that will be included in Redux, but which were not in the original game, is the cyber katana, a ridiculously badass weapon that lets you get up close and personal with all the enemies you face off against in style. Most other details about the re-release are under wraps- apart from this announcement, and the trailer for the new release, which you can see for yourself below, we really don’t know a whole lot about what Redux will entail.

What we do know is that, as fans of the the original game, which managed to blend a dark sci fi tale with shooter and RPG trappings to great effect, we are glad that Hard Reset is getting a chance to shine yet again.